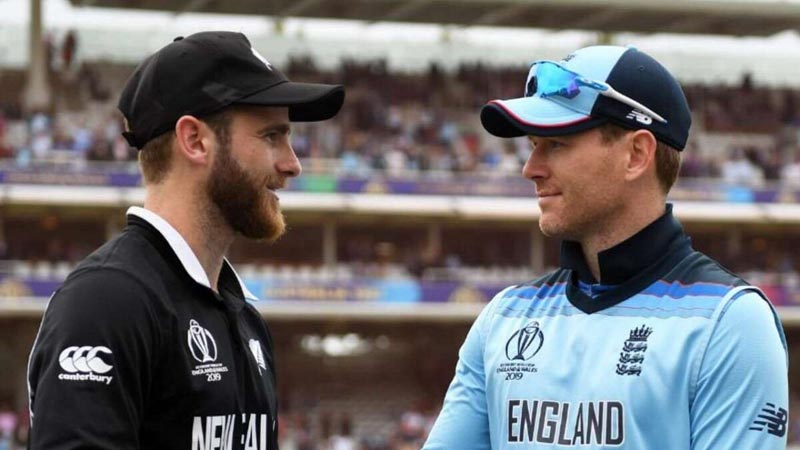 ABU DHABI: New Zealand skipper Kane Williamson on Tuesday lauded England’s depth as a Twenty20 side and said they would be strong opponents in the World Cup semi-final despite injuries to key players. Both teams have won four games each of their five in the Super 12 stage and fight for a final spot in a game that brings back memories of their dramatic 2019 50-over World Cup final won by England. The Kiwis have since clinched the inaugural world Test championship this year and have performed consistently well across all formats. Eoin Morgan’s England have been the team to beat in the competition but injuries to fast bowler Tymal Mills and Jason Roy which could unsettle their combination. “It’s a real shame that they have suffered injuries in this competition. But I think one of the strengths as well of the England side is their depth that they’ve managed to produce over a period of time,” Williamson told reporters.

“Having spent some time at the Birmingham Phoenix and being sort of a little bit involved in that 100 ball competition and you can tell that there’s a huge amount of talent throughout. “They’re still very much a very strong side who have been playing some really good cricket.” Williamson said, “Look, they’ve got match winners throughout their team. And that’s been a big, I suppose, movement of their white ball side. Power packed and bat deep as well.” New Zealand’s strength has been their pace duo of Trent Boult and Tim Southee who have rattled the opposition with their early strikes in the group stages.

Boult and Southee share 18 wickets between them and lead a disciplined New Zealand bowling attack that has complemented their batting. “They’ve been brilliant. They’ve been involved in the team in all formats for a long time and really experienced operators for us,” Williamson said of the pace pair. “They’ve been doing a fantastic job for us, really leading our attack who have been performing well and adjusting well to the different surfaces that we’ve been on. And a real strength on our side.”

Amazing game: Remind Williamson smiles off the memories of the fateful World Cup final in July 2019 when New Zealand took the match to the super over but lost on boundary count. The skipper says the team has surely moved on and looks forward to the challenge ahead of them. “It was an amazing game to be a part of. And certainly all the guys that when it does come up in conversation it’s looked back on fondly and appreciate that experience,” he said.

“Although, at the time the aftermath was very difficult to understand and perhaps didn’t make a lot of sense. But that is what it is. And you sign up. “You play by the rules and you move on and you look forward to the next challenges. And now we’re at a T20 World Cup, and the cricket just continues to roll on.” Williamson, who has scored 126 runs with a highest of 40 not out in the team’s previous win over Afghanistan, said his troubled elbow is still not hundred per cent. “That has been a bit of a challenge for me personally. And the balance between the loading of the elbow and things like that to try and stay as fresh as possible for the game,” he said. So it’s a bit of a delicate balance to get my head around. I certainly look forward to the day that it’s gone and I don’t have to worry too much about it.”