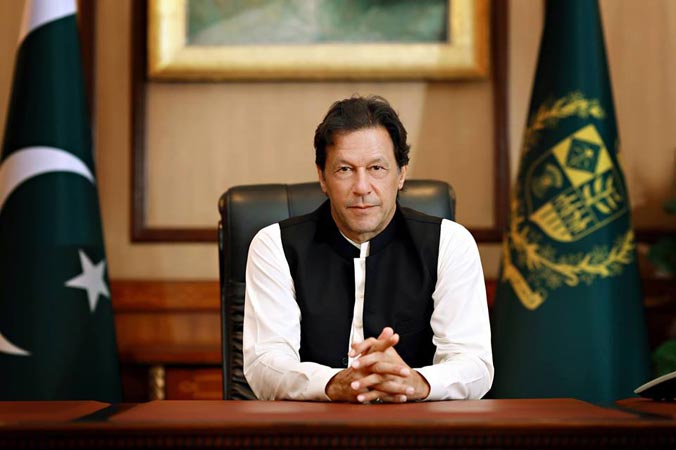 Prime Minister Imran Khan on Tuesday said that the “mindset of the Indian government is the greatest hurdle towards peace in our region today,” as he commemorated the second anniversary of the Kartarpur Corridor.

Taking to his Twitter account, the premier wrote: “Today is the second anniversary of the Kartarpur Corridor – a corridor of interfaith harmony that allows India’s Sikh community special access to one of their holiest sites.”

He added that the Kartarpur Corridor reflects his government’s commitment to minority rights and interfaith harmony.

Speaking about the atrocities committed by the Indian government against the people of Indian Occupied Kashmir and Muslims in India, the prime minister said: “Our commitment comes at a time when we are witnessing a descent into systematic persecution of Kashmiris, Indian Muslims and other minorities by the ideological Hindutva BJP govt of India.” He said that the Narendra Modi-led Indian government’s mindset is “the greatest hurdle towards peace in our region today.”

Meanwhile, Prime Minister Imran Khan on Tuesday highlighting the vital role of morality and corruption in the success and failure of nations urged the civil servants to exhibit high moral standards in the line of duties for their as well as the country’s betterment.

“With a very good civil service, this country was moving on the path of becoming a great nation till 1960s. But then gradually, we moved towards other ways. When decline comes in morality, it also brings decline in economy” he remarked.

The Prime Minister was addressing the passing out ceremony of the 44th Special Training Program of Pakistan Administrative Service.

He said that contrary to corruption and corrupt practices in the poor countries, where NROs (National Reconciliation Ordinances) were given and deals were made with the thieves, rich countries fulfill the requirements of justice through moral authority and power.

The Prime Minister quoted the sayings of Holy Prophet (Peace Be Upon Him) that the nations, which did not dispense justice, were destroyed.

Similarly, he said, Hazrat Ali (RA) had stated that the nations having the system of infidelity could survive but not those with the system of tyranny and injustice.

The Prime Minister said it was due to corruption and embezzlement [of public money] that the countries like Bangladesh were ahead of Pakistan. “You being the elite of bureaucracy have to perform your duties with dedication,” he stressed.

“When a Prime Minister and his ministers indulge in corruption, it goes down to every level,” he remarked.

Prime Minister Imran Khan said that corruption was the symptom of decline in the morality of a nation.

He referred to the verses of the Holy Quran that Allah Almighty will test the human beings time and again. “You [qualifying civil servants] have a future ahead and it is upto you to opt a [right or wrong] path,” he remarked.

The Prime Minister said that an eminent person always had dreams and ideals. “The man who first scaled the Everest Mountain had the determination to achieve that goal,” he said and remarked if a person had the power of faith, nothing was impossible for him.

Imran Khan said he often asked the youth to study the history of Islam particularly the 20 years period after the establishment of Riasat-e-Madina so that they know how Arabs under the leadership of Holy Prophet (PBUH) earned respect and credibility, became a great nation and led the world.

“The power of faith, like the eagle of Allama Iqbal, breaks the shackles of fear,” he remarked.

The Prime Minister said that a man always has two choices in the way of life and one has to make decisions on daily basis. “One is the way of glory and the other is of decline,” he remarked.

Chairman Mao was impressed by the story of a Pakistani person, told by Chinese Ambassador to him, that he (Pakistani person, who used to play chess with the Chinese envoy in Karachi) did not take water the whole day due to Roza (fasting) because due to their faith in Allah Almighty, the Prime Minister quoted Ashfaq Ahmad as saying.

Chairman Mao was of the view that what a strength the nation will be having, which did not take water only because of their faith, he added.

The Prime Minister said that the strength of faith should never be underestimated. “One man with morality is an army,” he remarked.

Imran Khan recalled his cricketing period and said that when he represented Pakistan in the World-11, which defeated the West Indies and Australia, majority of the 11 winning players wanted the distribution of award money among the 11 players instead of the World-11 squad which consisted of 17 cricketers. However, he recalled that the insistence of one cricketer Alan Knott, who was a devoted Christian, for the distribution of the bounty among the whole squad embarrassed the others and made them accept his rightful opinion.