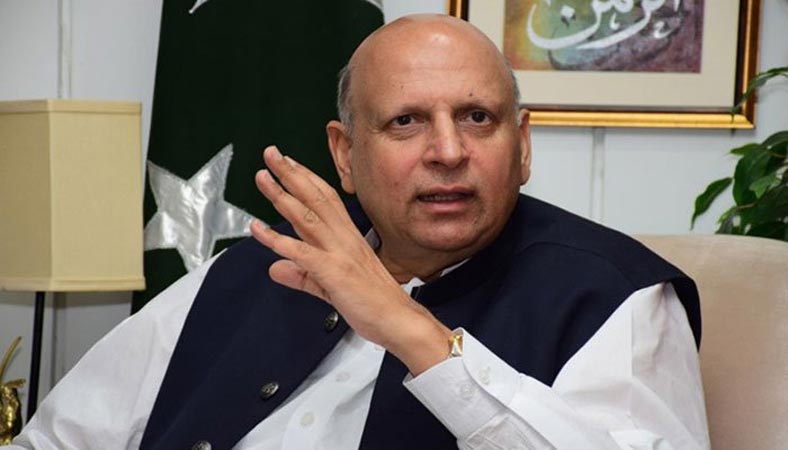 He said Prime Minister Imran Khan was pursuing a policy of making Pakistan strong and prosperous in line with the vision of Quaid-i-Azam and Allama Iqbal.

He was talking to the media after laying a wreath at the mausoleum of Poet of the East Dr Allama Muhammad Iqbal and offering Fateha there.

Provincial Minister Mian Aslam Iqbal and Khateeb of Badshahi Mosque Maulana Abdul Khabir Azad were also present. The Punjab governor said inflation was a big challenge for the government and the federal and Punjab governments were working to deal with it, adding that steps would be taken to give relief to the masses and resolve their problems including inflation and unemployment. Replying to a question regarding protest of opposition parties against the government, Chaudhry Muhammad Sarwar said that opposition should reconsider its policies instead of marching on the streets against the government, adding that the opposition parties were

themselves confused.He said that there are too many narratives within the opposition parties and neither have they been united before nor would they in future.

The Governor Punjab said that despite the obstacles of the opposition on the issue of electoral reforms, the government would succeed in enacting legislation on other important issues including electoral reforms in the next few days in joint session of the parliament.

He said that giving the right to vote to overseas Pakistani was the mission of government in which it would succeed, and it would strengthen the democracy and parliament in Pakistan.

Chaudhry Mohammad Sarwar while paying homage to Allama Mohammad Iqbal said his teachings became the basis of concept of Pakistan. He stressed the need for understanding the message and philosophy of Iqbal was greater than ever before today. Dr. Allama Iqbal will always be remembered for presenting the concept of a separate homeland for the Muslims of the subcontinent, he added.