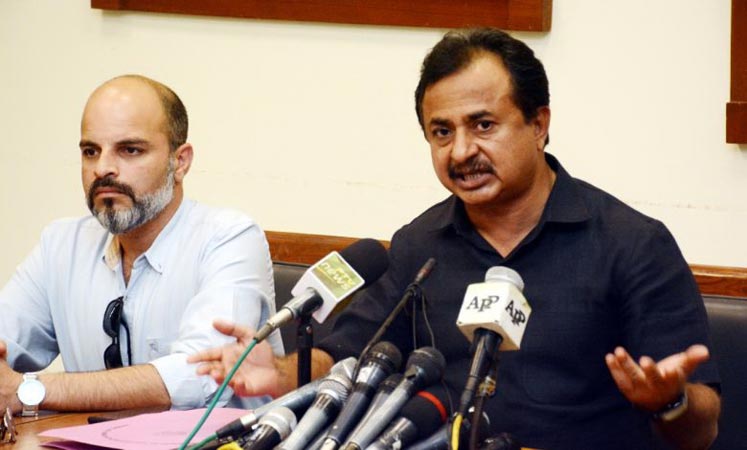 Sheikh, who is also Central Vice President of PTI, paid a visit to the site of the college in Kakar town along with the PTI leaders Dr. Masroor Sial, Haji Nisar Arain, Rajab Shahani and others.

He also inspected various sections of under construction building of the college.

He said former president Asif Ali Zardari had inaugurated the project stretched over 104 acres. The development work of the project named after Shaheed Benazair Bhutto was started in 2008 but despite passage of 13 years and allocation of budget in every financial year not even 20 percent work on the project has been completed so far, Haleem noted.

The cost of the project was rising with every passing year but progress could only be seen in files, He observed adding that tax payers’ money was being squandered only for the sake of commissions.

The education system in Sindh has been paralyzed as hundreds of such projects have been designed just for getting commissions and kick-backs, Sheikh alleged, saying only in district Dadu 700 schools out of a total of 2,100 educational institutions had been closed and around 200 schools turned into ‘Otaqs’ of influential persons.

He said the PPP in Sindh was getting votes in the name of Benazir Bhutto and was busy minting money by designing projects named after their martyred leader.

“Muhtarma Shaheed had a vision for educating each and every child but the vision of incumbent leadership of PPP is making money through fake projects,” Haleem remarked.