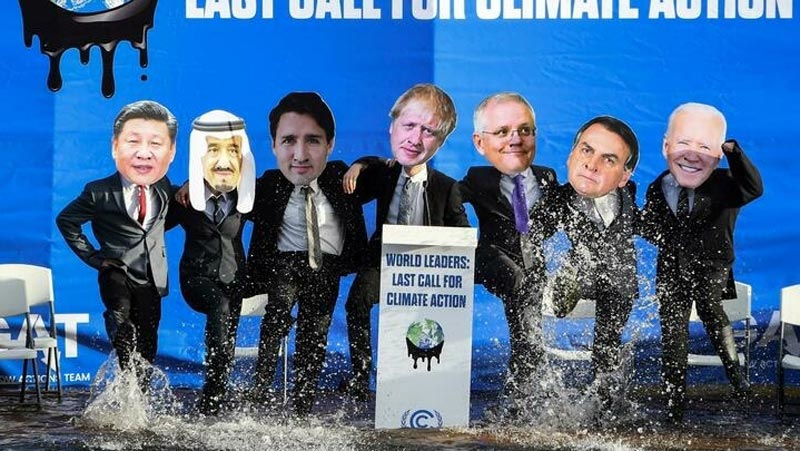 New emissions-cutting pledges — including a vow during COP26 by India to be carbon neutral by 2070 — are likely to have a minimal effect on temperature rises this century, an updated UN assessment said Tuesday.

In its annual Emissions Gap report last month, the UN Environment Programme (UNEP) had said current decarbonisation plans — known as nationally determined contributions, or NDCs — put the world on track to warm 2.7C this century. It warned that countries needed to slash emissions more than seven times faster to keep warming in line with 1.5C, the most ambitious Paris Agreement temperature goal.

In an updated assessment, UNEP said Tuesday that even when new pledges were factored in, the effect on the climate is predicted to be “very similar” to existing net-zero plans.

This is due to due to “limited changes to 2030 emissions,” UNEP said. UN Climate Change said last week that countries’ renewed NDCs — updated every five years under the Paris agreement — would see emissions climb 13.7 percent by 2030 before sharply declining thereafter.

To keep in line with 1.5C, those emissions must instead fall 45 percent by then. “We are not where we need to be and we need to step up with much more action,” said UNEP executive director Inger Andersen.

“At this point, when we look at what has come in in the additional pledges frankly, it’s an elephant giving birth to a mouse.”

Current plans and announcements made as of Tuesday would likely save 500 million tonnes of carbon pollution by 2030, UNEP said. But it said that, taken together, all current national emissions-reduction plans would still see warming of 2.7C by 2100.

Factoring in net-zero action such as carbon offsets and reforestation alongside decarbonisation efforts could see that fall to 2.1C — down from last month’s assessment but still missing the Paris goal of “well below” 2C of warming.

Some major emitters such as the United States and European Union have relatively comprehensive, costed plans on how they plan to achieve net-zero emissions by 2050.

Other large polluters, notably China, have indicated net-zero targets but have yet to publish details on how they plan to achieve this.

“It is not good to see that the (net-zero) pledges are generally untransparent,” said Andersen.

“They’re hard to calculate, hard to hold to account and of course many of them kick the can beyond 2030.” UNEP’s assessment came on the same day as a similar analysis by the think tank Climate Action Tracker (CAT), which said that if countries fully implement their short-term emissions goals, heating could be limited to 2.4C this century. The CAT calculation is based on a 50-percent probability of hitting a given temperature, whereas UNEP’s is a more conservative 66 percent.