Iqbal’s vision of exploring world through science a way to success: President 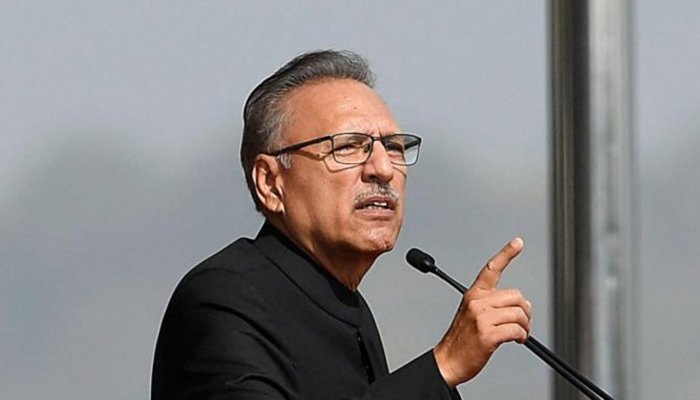 ISLAMABAD: On Tuesday, President Dr. Arif Alvi said the vision of great scholar Allama Muhammad Iqbal of exploring the world through modern science was a guiding principle for Pakistan to gain a stronghold in the comity of nations.

“The Pakistani nation, at the moment, has no other option but to focus on scientific knowledge to make its mark in the rapidly changing world,” the president said in his address here at an event held at Bahria University to mark the birth anniversary of Iqbal, the country’s national poet.

The conference themed ‘Iqbal’s multidimensional wisdom: His vision for the social, scientific and technological revival of the Ummah’ was joined by academics, researchers, faculty, and students.

President Alvi said Iqbal had presented for Muslims a concept of intellectual progression on the principles of modern science, but grounded in faith and spirituality.

He mentioned that Iqbal in his poetry even used the metaphors of immense power within a minuscule atom, planetary bodies, and the ‘Shaheen’ (falcon) to describe the potential of a Muslim, whose motivation and intellect guide him on right decision-making amid challenges.

“The success of the Islamic world, and particularly Pakistan, lies in decoding the message of Iqbal in its true spirit,” he added. 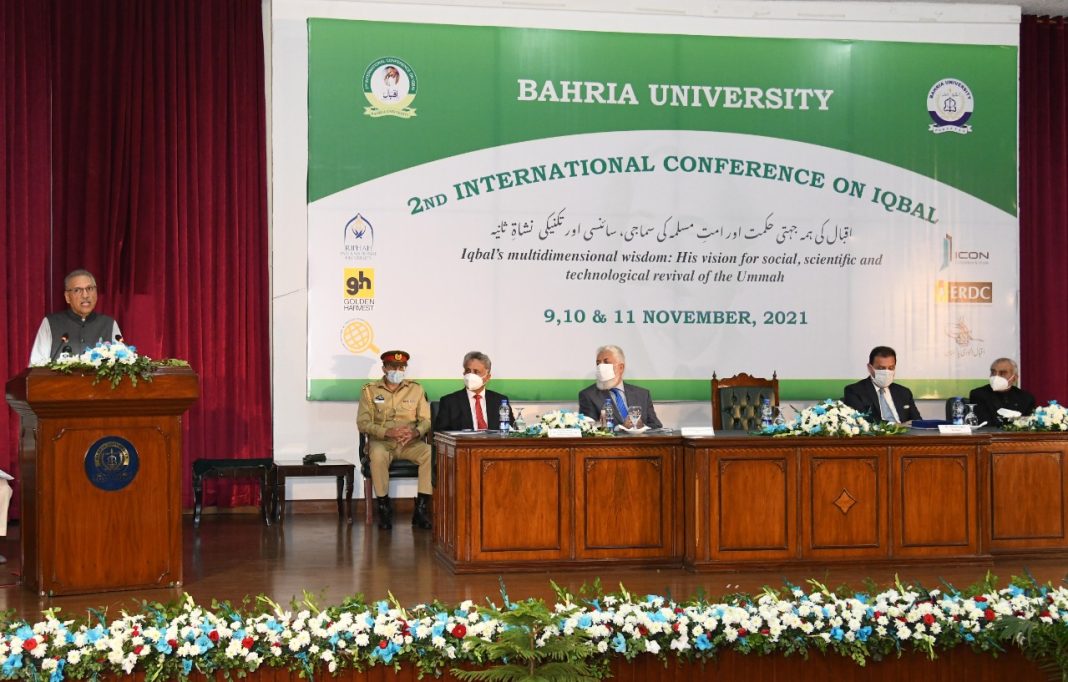 President Alvi said the lectures delivered by Iqbal on ‘Reconstruction of religious thoughts’ in the 1930s emphasized on reformation of the Muslim mindset to help them realize their exploitation in the Indian sub-continent.

He regretted that even in today’s India and the Occupied Kashmir, the Muslims faced mistreatment and demonization.

He stressed that Iqbal’s vision of justice and morality needed to prevail in the world, where India’s acts of atrocities were being ignored in view of business gains.

Senator Waleed Iqbal, lawyer and also the grandson of Allama Iqbal, said Iqbal wanted the Muslims to learn scientific knowledge and also emphasized translating as much academic content into Urdu to benefit the students.

He said Iqbal’s philosophy of leadership and management was about a dream, far-sightedness, integrity to feel the pain of others, truth, and honesty.

Vice-Chancellor Riphah International University Prof Dr. Anis Ahmed said Iqbal’s poetry explains ‘Tauheed’ (Oneness of the Almighty) as the essence of Islamic ideology, which he said, acted as a catalyst for the creation of a separate homeland for the Muslims of the Indian sub-continent.

Rector Bahria University Vice Admiral Kaleem Shaukat said in the era of social media, there was a need to promote Iqbal’s message and his inspiring poetry among youth to guide them on distinguishing between materialism and spiritualism.

Conference Director Professor Adam Saud said the main objective of the event was to explore the multidimensional wisdom of Iqbal and encourage the young generation to touch new heights of success.