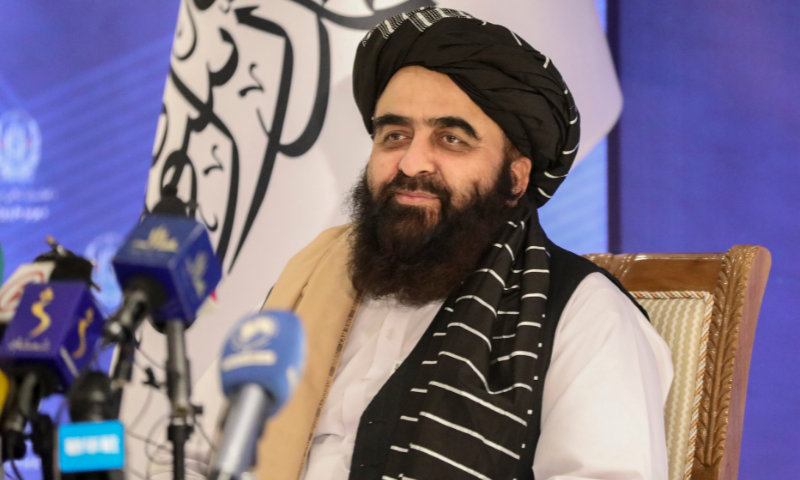 KABUL: On Tuesday, the Ministry of Foreign Affairs of Afghanistan has confirmed that Afghanistan’s acting Foreign Minister Amir Khan Muttaqi will reach Pakistan on November 10 on his maiden visit after taking the office.

A spokesperson for the ministry asserted in a statement that during FM’s visit, matters pertaining to the economic crisis in Afghanistan and ease in visa regime would be discussed with the Pakistani officials during the visit.

Troika Plus meeting is scheduled to be held in Islamabad on November 11.

Troika Plus is a forum established by four countries including China, Russia, Pakistan and US to restore peace in Afghanistan and develop regional consensus on the Afghan issue and help the war-torn country in addressing the problems.

“Special Representatives for Afghanistan from the United States, China, Russia and Pakistan will be meeting on Thursday and we hope that Mr Muttaqi will also be able to attend,” an official said.

Meanwhile, Pakistan has still not accepted the caretaker setup in Afghanistan. However, Foreign Minister Shah Mehmood Qureshi, after his visit to Kabul, had told the media that he had invited Mutaqqi, who had accepted his invitation.