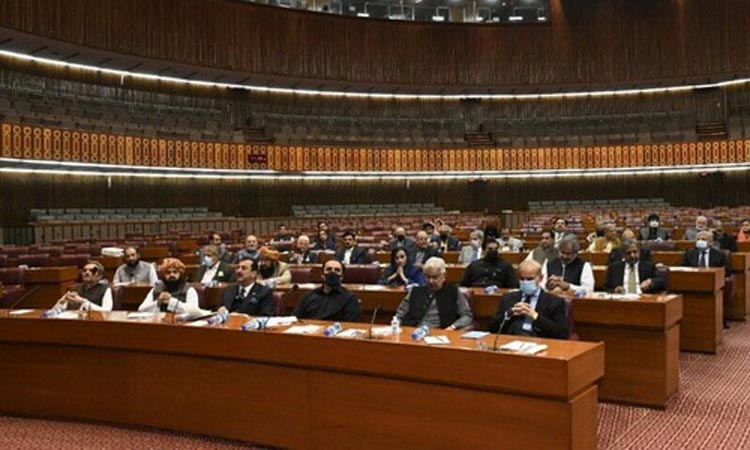 The Parliamentary Committee on National Security (PNSC) on Monday discussed the national security, foreign affairs, internal and external challenges faced by the county.

As per a statement issued by the NA Secretariat after the meeting, national parliamentary and political leadership, MNAs and senators, provincial leadership, Azad Jammu and Kashmir (AJK) prime minister, and military leadership participated in the meeting.

The participants were briefed about regional and political challenges, especially the situation in Indian Occupied Jammu and Kashmir, and Afghanistan, the statement said.

It was further apprised that Pakistan believes that peace in Afghanistan would pave for regional peace and development. The participants of the meeting were informed that the country is making every effort to ensure that the current situation does not give rise to another humanitarian and economic crisis which would add to the plight of the people. In this regard, Pakistan is in constant touch with the international community. “It was also hoped that the territory of Afghanistan would not be used against Pakistan,” reads the statement.

The meeting also apprised about the border control system on the Pakistan-Afghanistan border.

The statement mentioned that parliamentary and political leaders expressed satisfaction with Pakistan’s strategy to tackle internal and external challenges and expressed good wishes for the prosperity, development, and progress of Afghanistan.

Opposition leader Shahbaz Sharif in a brief chat after the meeting said “the presentations were very good, and so were the questions and answers. The meeting was held in a very cordial atmosphere, and I think it went very well.” However, he said “no comments” when asked about whether there was a discussion on TLP or agreement with the TTP. He said it was an in-camera briefing. He said he was very satisfied with the briefing.

PPP Chairman Bilawal Bhutto, however, said he will not comment on the session because the briefing was in-camera and off the record.