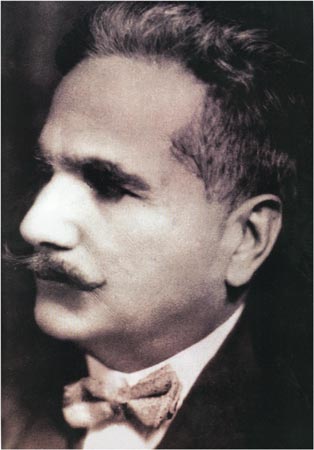 The 144th birth anniversary of national poet Dr Allama Muhammad Iqbal will be observed with patriotic zeal and fervour on Tuesday.

According to the details, the day will dawn with special prayers for the departed soul along with national success and prosperity of country all across the mosques.

Dr Allama Muhammad Iqbal was born in Sialkot on November 9, 1877. His special services to awaken the Muslims of the Indian subcontinent through awe-aspiring poetry and political acumen united them towards winning a separate homeland to practice Islamic teachings openly. His historic address at Allahabad in 1930 brought identity to the norms and notions of Muslims in pre-partitioned India.

Iqbal’s contribution in Pakistani politics and his ideology on socio-religious areas of Muslim societies are still well acknowledged and read not only in Pakistan but all around the globe.

It is pertinent to state here that his poetry successfully inculcates enriched lessons of Khudi and preservation of national identity in Muslims specifically among the youth. Moreover, he is also known as the “poet of East”. His fans and followers are wide spread around the globe who will celebrate the birth anniversary of Allama Muhammad Iqbal with all zeal and zest today (Tuesday).