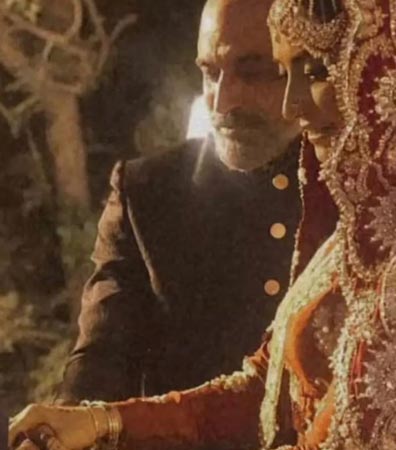 They got married in an intimate ceremony on Tuesday. It was attended by many celebrities such as Nausheen Shah, Irsa Ghazal, Ali Tahir and others.

The visuals from the occasion have gone viral across social media platforms and the netizens are happy to see the newly-married couple smiling and enjoying every single moment together.

Zara Tareen, who is the sister of actor Hira Tareen, wore a red and gold lehnga with a full-sleeved blouse. Her hair was tied in a bun.

Faran Tahir, who worked in several blockbuster Hollywood movies such as Iron Man, had donned an all-black sherwani.

“The festivities begin for the wedding of my beautiful sister Zara and equally beautiful and awesome human being jijoo Faran Tahir! Two loving families unite. May Allah bless us all!” the caption read.

Faran Tahir commented that he was the winner as not only did his heart find peace but he became part of the family as well.