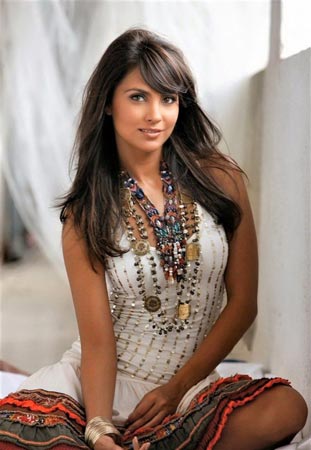 Actress Lara Dutta’s social media feed, she said, had been flooded with memes and DMs asking her about her dating profile.

Yes, you read that right. The actress, in an Instagram live, addressed rumours of her dating app profile on Monday.

In the video, she said, “Since yesterday, my feed has been absolutely flooded with some memes and some messages, they have been telling me that I have a profile on some kind of a dating app. So, it’s been absolutely crazy, I have been going nuts since yesterday, trying to answer people one by one and tell them what the truth really is. So, I thought it is better to just go online and clarify it with you right here, right now that I am not on any dating app, have never been and am not on any right now either.”

“Not that I have anything against dating apps, I think it is an absolutely fantastic way for people to actually connect and meet each other. I am personally not on a dating app at the moment. So, for all the memes doing the rounds out there, am very amused to see most of them but there’s not much truth in there,” she added.

On the work front, Lara Dutta made her Bollywood debut with Andaaz, opposite actor Akshay Kumar in 2003.

She was last seen in the espionage thriller Bellbottom along with Akshay Kumar, Vaani Kapoor and Huma Qureshi. Bellbottom is directed by Ranjit M Tewari. She had portrayed the role of former Prime Minister Indira Gandhi.