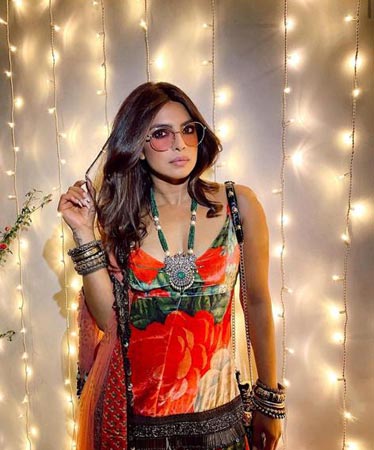 Priyanka Chopra and Nick Jonas’ Diwali bash has been grabbling all the limelight. The duo threw a lavish house party for the first time in their new home in Los Angeles.

She even shared the pictures of the scrumptious meals which were served at the party. From chole bhature, chaklis, laddoos, barfi, to gujiyas among others were there at the menu.

Sharing a series of pictures, she wrote, “I’m still on a high from catering Diwali! Definitely the high of my career to date! To be able to work soooooo hard and have as much fun as I did truly is a remarkable gift given to me by @nickjonas & @priyankachopra . Since I met them almost three years ago they’ve constantly pushed me outside my comfort and it’s made me grow as a person, a chef, and a business owner.. photos by @bobo.xxndigo @haahs__ and big shout out to my epic team especially @sanssho & @walkersmarsh my partners on this one!”

The star-studded affair has been grabbing all the limelight. For the Diwali puja, the two chose to wear ethnic. While Priyanka wore a yellow saree, Nick was dressed up in an embroidered white kurta. The glimpse of Priyanka and Nick`s Diwali puja was a feast for the eyes.

Later, for their party, Priyanka looked ethereal in an ivory lehnga while Nick opted for a red kurta-pyjama.

Meanwhile, on the work front, Priyanka is busy shooting for her thriller web show ‘Citadel’, which is being created by Russo Brothers.