* In the 'Chandigarh Kare Aashiqui' trailer, Ayushmann is weight-lifting champion Manvinder or a 'certified fitness provider' as he says at the beginning of the trailer 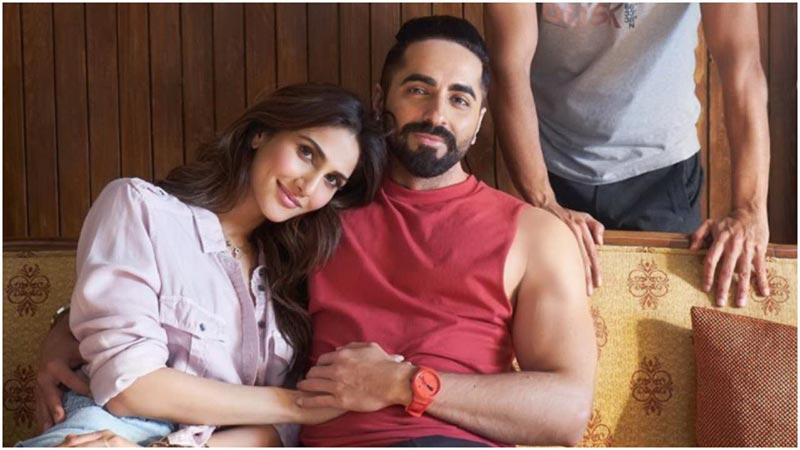 Expect the unexpected every time an Ayushmann Khurrana film drops. The actor doesn’t disappoint with Chandigarh Kare Aashiqui, which has Vaani Kapoor in the lead. The film has an important issue at its heart but that doesn’t deflect from its entertainment quotient.

In the Chandigarh Kare Aashiqui trailer, Ayushmann is weight-lifting champion Manvinder, or a ‘certified fitness provider’ as he says at the beginning of the trailer. Your typical gym bro, he doesn’t want to get married, as he is focussed on his fitness regime and the zeal to become someone. However, things turn upside down when Maanvi Brar comes to take Zumba classes in his gym. They fall in love and engage in a passionate affair.

Unfortunately, things go downhill in a comic fashion after he proposes to her. There is a truth about Vaani that Ayushmann cannot accept, related to her gender. The issue, however, is just hinted at and never clarified in the trailer.

The film promises the flavour of Chandigarh with flair, catchy and flashy songs, packed with some emotional drama as well.

Director Abhishek Kapoor says, “Nothing gives me more joy than to see our film heading for a theatrical release soon. As the trailer drops today, we are sure that people will surely be thrilled to see Ayushmann and Vaani in this avatar. It’s not just any love story but one that’s uniquely mind-bending and yet universal in its appeal. I have always believed in curating stories that are intricately woven and characters that resonate with people. Chandigarh Kare Aashiqui is very close to my heart and I hope the audiences will appreciate all our hard work.”