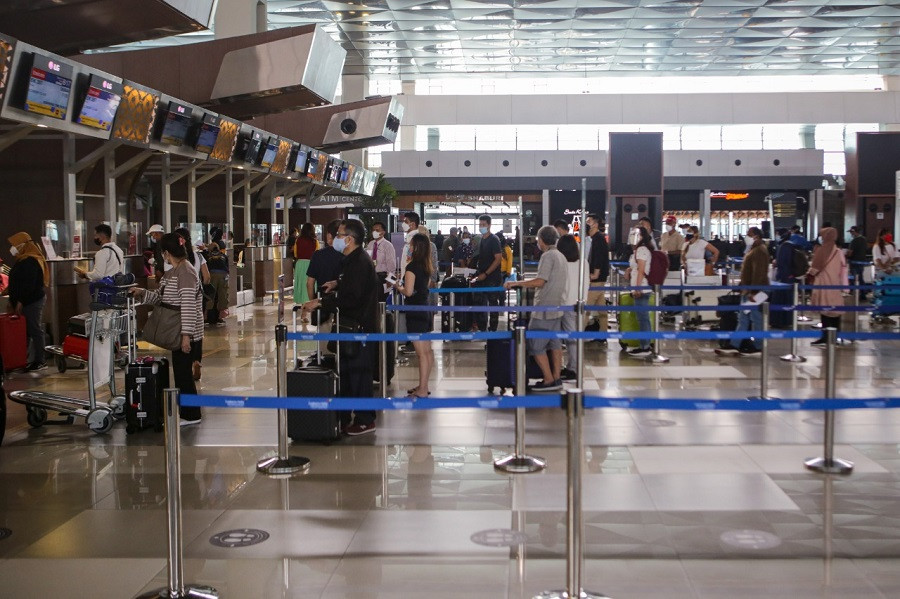 Asian markets were mixed Monday as long-running concerns about inflation offset forecast-busting economic data out of the United States and China, while tourism-linked firms rallied on optimism about the global reopening after Pfizer said its pill to treat Covid was highly effective.

Wall Street’s three main indexes clocked up records last week after figures showed more than half a million new US jobs were created last month, with hiring rebounding as new infections fall across the country. Figures for the previous two months were also revised up.

The news provided fresh evidence that the world’s top economy is well on the recovery track as life slowly returns to some semblance of normal.

But optimism continues to be held back by worries about inflation, which has surged this year owing to a pick-up in demand, a spike in energy prices and supply chain snarls — forcing central banks around the world to start rowing back their massive pandemic-era support measures.

Tokyo, Hong Kong, Sydney, Seoul and Wellington all fell but there were gains in Shanghai, Singapore, Taipei, Manila, Mumbai, Bangkok and Jakarta.

Adding to inflation expectations is Joe Biden’s $1.2 trillion infrastructure bill that finally passed through Congress on Friday, giving the president a much-needed boost in his plan to push through vast spending measures to support the economy.

However, another proposal to stump up another $1.9 trillion for social and environmental programmes continues to languish.

The US jobs report was followed Sunday by China saying exports had soared by a better-than-expected 27.1 percent in October as factories kept goods flowing out despite power outages in recent months caused by emission reduction targets, the surging price of coal and supply problems.

“A lot of the improvements in the numbers have been as a direct consequence of the disruptions to global supply chains as retailers bring forward their pre-Christmas order spend in order to ensure delivery in time for the Thanksgiving, Black Friday, and Christmas periods,” said CMC Markets analyst Michael Hewson.

Traders are keeping an eye on Beijing as the Communist Party holds a pivotal meeting this week that is likely to see leader Xi Jinping shore up his grip on power as he looks to tighten the government’s control of the economy.

Xi’s “common prosperity” drive to redistribute wealth has seen authorities clamp down on a range of industries — particularly tech firms — which has rattled markets in recent months.

Companies focused on tourism surged after Pfizer said Friday that a clinical trial of its pill to treat Covid-19 had shown it was 89 percent effective, adding that it was a huge step towards emerging from the pandemic. Pfizer’s is the second anti-Covid pill after that of Merck.

Meanwhile, Pfizer board member and a former head of the Food and Drug Administration Scott Gottlieb told CNBC’s Squawk Box that the pandemic could be over in the United States by January.

The news on the treatment ramped up hopes that more countries would be able to reopen to foreign travellers soon, sending airlines soaring.

News of the drug was “bringing some hope that reopening will be able to take place more smoothly, especially if the pill is able to reduce the strain on hospital capacity”, Jun Rong Yeap, a strategist at IG Asia, said.

“The fact that it is an oral treatment may also suggest that it may be more well-received, along with its high efficacy.”

Oil extended Friday’s rally after OPEC and other major producers refused to heed Biden’s calls last week to ramp up output to meet a surge in demand, while US officials are considering releasing some of the country’s strategic supplies to temper petrol prices.