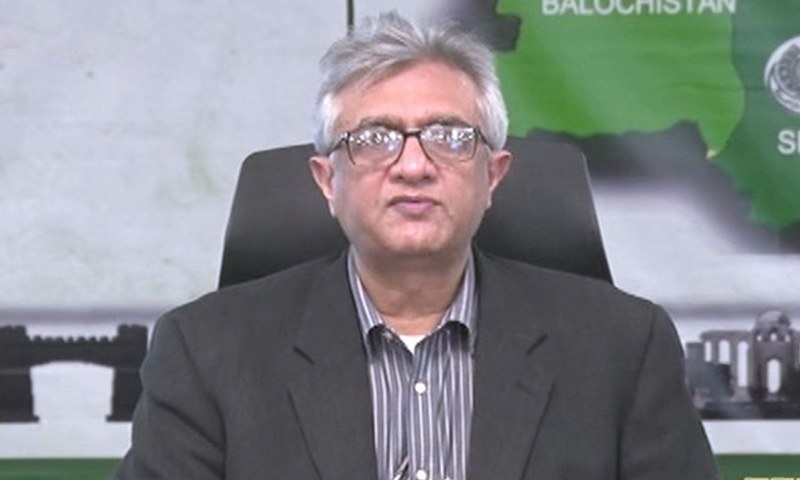 KARACHI: Drugs Regulatory Authority of Pakistan is emerging as a modern regulatory authority according to Prime Minister Imran Khan’s vision and the ultimate objective of DRAP’s oversight is to ensure the availability of quality therapeutic items in the country.

During the formal inauguration of DRAP’s Central Drugs Laboratory here on Monday, Special Assistant to Prime Minister on Health Dr. Faisal Sultan said that for such type of quality surveillance, existence of a modern, functional, and state of the art laboratory was essential. And, he continued, CDL had been made as an international standard laboratory, which would greatly help in regulating medicine market from manufacturing to the consumers.

DRAP’s Chief Executive Officer, Asim Rauf, and CDL’s Director, Saif-ur-Rehman Khattak, and Dr. Najam Saqib were also present, who briefed the SAPM about the functions of CDL’s different high-tech departments. Dr. Faisal Sultan expressed his satisfaction over the up-gradation and strengthening of CDL—better machinery and highly trained staff  providing quality surveillance service. CDL not only had all the essential features of testing and analysis but also equipped with LIMS software that was capable to keep track and trace of samples and test report communication.

This was a big step towards eradication of falsified and spurious medicines from the country. With such facilities including modern equipment, we can test sampled products quickly and efficiently. The reports would help determine the legal status of tested products. Such information could help the government authorities to act swiftly against the elements selling spurious medicines and thus could prevent any possible serious incident risking thousands of lives.

SAP on Health said the recent initiatives for transformation of DRAP including digitization, automation, and establishing good governance in medicine had started to strengthen the system. He said this laboratory was established in 1953 and it gave him immense pleasure to see that today it has become a state-of-the-art laboratory. It had almost completed its WHO Pre-qualification process within short span of two years.

“ This shows seriousness of government’s approach towards improvement in healthcare system,” he said adding that he was positive that such great initiatives would ensure that citizens health was protected and the country had access to quality-assured, safe, and effective therapeutic goods. SAPM assured all possible logistic and human capital support to this lab to further enhance its role at the national and international level.

To a question from media, SAPM said the government was working on to ensure realistic, balanced, and sustained prices of medicine to protect the consumers and pharmaceutical industry as well. To another query, he said since January 2021 , only polio case was reported in the country and during the recent testing phase no polio case was reported. He said the government was also going to launch 12-day aggressive campaign in the country against measles.

To a question, he said the government would provide more international standard machinery and equipment to CDL and such other health facilities in the country, in addition to inducting more trained staff and highly qualified experts. Besides, attractive salary packages would be offered to retain these experts at these facilities.

When his attention was drawn to the alleged manipulation of medicine market in the country, SAPM said the laws structure on the subject was very clear. After 18th amendment, most of the functions rested with the provinces. Coordination between the provinces and the federation was essential to effectively regulate the medicine market like COVID-19 was successfully handled.