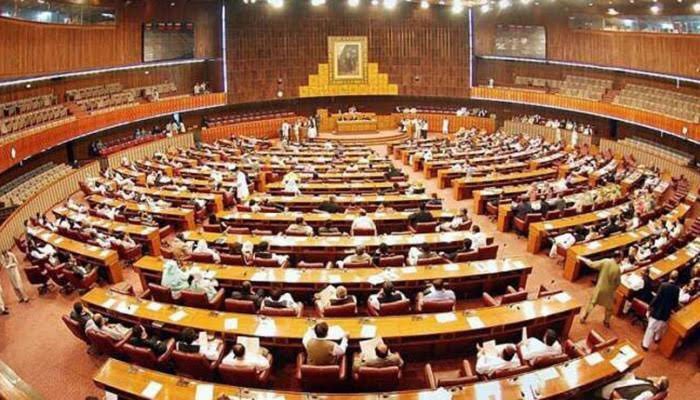 On Monday (today), the meeting of the Parliamentary Committee on National Security (PNSC) comprising members of the National Assembly (NA) and Senate was arranged in Islamabad.

Shehbaz Sharif, PPP chairman Bilawal Bhutto, and other opposition members were present at the meeting.

Furthermore, the four provincial chief ministers, Azad Jammu and Kashmir (AJK) president and prime minister, and the chief minister of Gilgit-Baltistan were also invited to the meeting.

The Awami National Party (ANP) strongly condemned the restriction on journalists’ entry into the parliament.

ANP leader Zahid Khan said the ban on media during the PCNS meeting was “beyond understanding”, adding that the parliament was a legislative institution and barring media entry to it was tantamount to “suppressing the people’s voice and rights”.

He called upon the speaker to explain the ban on the media.

During the meeting, the parliamentarians took into confidence over a secretive deal between the government and the Tehreek-e-Labbaik Pakistan (TLP), sources privacy to the matter said.

The top military officials briefed the political leadership about the emerging situation in Afghanistan and the overall affairs of the national security, the source added.

Earlier on November 8, the opposition had decided to attend the PNSC meeting at the Parliament House.