Dwayne Johnson, Ryan Reynolds and Gal go for the green in ‘Red Notice’ 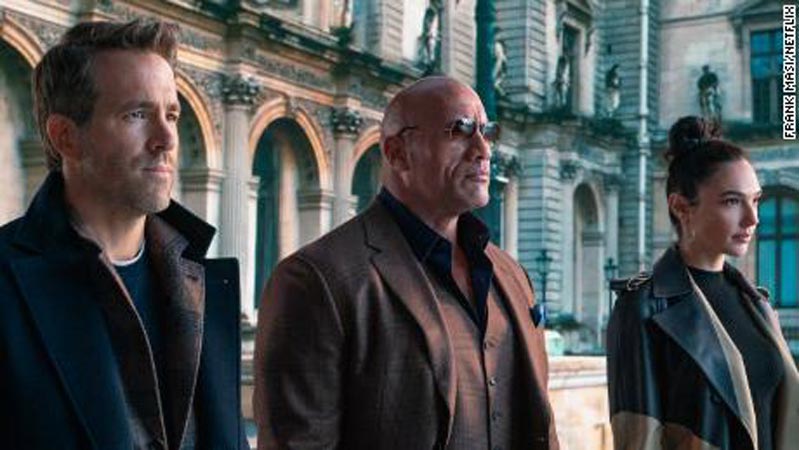 “Red Notice” has the polished feel of something concocted in a lab for maximum social-media attention (Dwayne Johnson! Ryan Reynolds! Gal Gadot!), then pieced together Frankenstein-style from parts of other movies. Yet the net effect is mildly enjoyable, creating a throwback caper film that showcases its stars doing what they do best, or rather for which they’re best known. Written and directed by Rawson Marshall Thurber (who teamed with Johnson, whose company produced the film, on “Central Intelligence” and “Skyscraper”), “Red Notice”borrows unabashedly from other films but doesn’t appear the least bit red-faced or apologetic about it. There’s the mismatched cop-thief pairing from “48 Hrs.,” the party sequence from “True Lies,” the clue-solving from “National Treasure,” and so on.