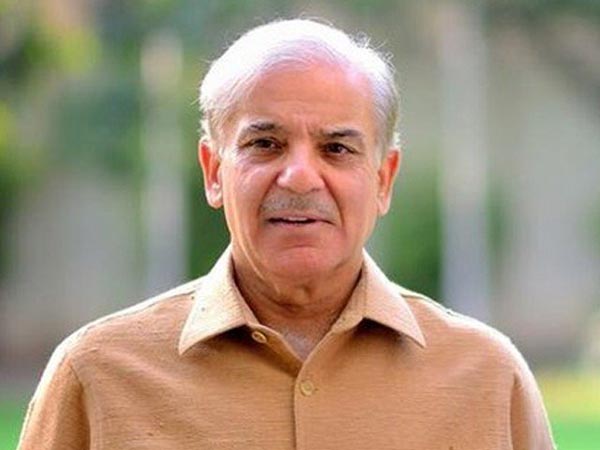 PML-N President Shehbaz Sharif on Sunday demanded that Prime Minister Imran Khan tender his resignation and face the law in the light of the findings of an inquiry report by the Election Commission of Pakistan (ECP) on irregularities in the Daska by-election.

In a statement on Sunday, Shehbaz said attempts were being made to rob and snatch from the people their right to elect their own representatives. “Imran Khan Niazi must tell what is he waiting for after the ECP report disclosed everything?” he asked.

The leader of the opposition in National Assembly also asked the premier to submit himself for accountability in the wake of the ECP report. “It requires a big heart to become [ex-prime minister] Nawaz Sharif and face the law,” he added.

Shehbaz vowed that his party would strongly resist the government’s plan to introduce electoral reforms, electronic voting machines and amendments in the NAB ordinance. He also said the PML-N would join hands with other political parties against the government’s alleged plan to “enslave” the people of the country.

The PML-N has demanded that the judiciary take a suo motu notice on the Daska by-election for “violation of the constitution” after a report by the Election Commission of Pakistan determined that the polls were not held in a free and transparent manner. Addressing the media on Sunday, PML-N stalwart and former prime minister Shahid Khaqan Abbasi said that Article 240 of the Constitution says all institutions should help the Election Commission of Pakistan in holding transparent elections. He said that the ECP’s report contains the names of all those involved in the “rigging” of the polls held on February 19, and that a meeting held in this regard was attended by “many PTI members”. “The meeting decided how the election would be rigged,” he alleged.

Abbasi called for exemplary punishment of all “conspirators” and termed the report a “test” for the superior judiciary.

Noting the report’s contents, he said that Deputy Colleges Sialkot summoned all presiding officers to Daska College and gave them instructions . “Presiding officers were directed to keep voting slow in Daska city,” Abbasi said, adding that they were “told not to interfere in whatever the police and administration do”.

“Polling stations were ordered to close at 4:30pm and all Form 45,” he said, in further reference to the report. Abbasi, quoting the report, said that the Deputy Education (Female) also invited women presiding officers to her home and that Assistant Commissioner Daska and DSP Sambrial were also present at the DEO’s house. “Women presiding officers were asked to help the government and not interfere in rigging,” he said.

The PML-N leader went on to say that 20 presiding officers were transferred via private vehicles under the “scheme” and were “kept at two different police stations” as well as an unknown location. Further referencing the report, he said that one woman presiding officer was “maltreated”.

“The report says the RO did not leave his office,” Abbasi said, adding that the returning officers “did not know of the missing presiding officers’ whereabouts till seven hours later”. Abbasi remarked that the report states that the police officers, instead of fulfilling their mandated duty to protect the electoral staff, were instead found to have “kidnapped” them.

‘Matter goes all the way to PM’ “Only time will tell who was afraid and why,” the former premier said.

He asked how the election was of any benefit to the police officers and said that the chief minister and prime minister “will have to answer such questions”.

“This matter goes all the way to the chief minister and Prime Minister Imran Khan,” Abbasi alleged. He said this is but a “small example of an election” and hoped that the ECP makes the report public. A report released on Friday by the ECP on the February by-poll in Daska’s NA-75 constituency concluded that election officials, police and the local administration failed to play their “designated role in the requisite manner and were found [to be] puppets in the hands of their unlawful masters” during the by-election. The report also found that police officers and officials played an “absurd” role in the by-election. It not only identified their failure in providing protection to the staff and to the polling material, but also questioned if the police conspired, maligned and consequently annulled the whole by-election.