PPP responsible for hike in flour, sugar prices in Sindh 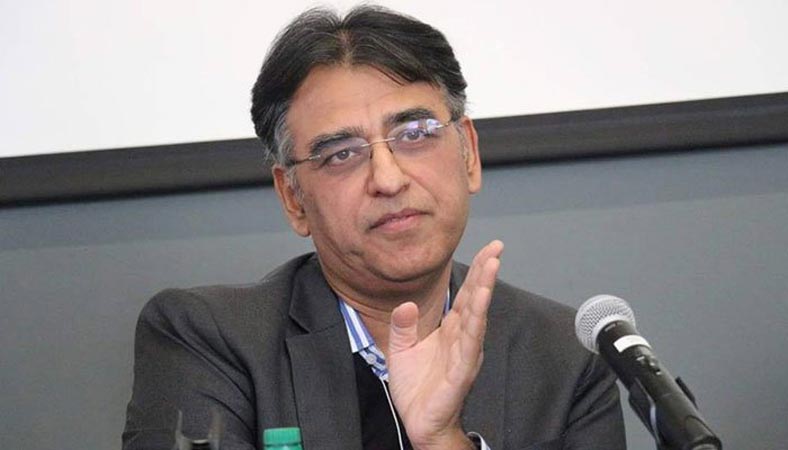 Federal Minister for Planning, Development and Special Initiatives Asad Umar on Sunday said PPP’s Sindh government had created artificial price hike in the province by not releasing wheat stock and sugar to the flour mills and sugar mills as majority of these mills belong to the top leadership of the ruling party.

He said this while addressing a big public meeting and workers convention organized by PTI central region Sindh at Kotri town of district Jamshoro, some 20 kilometers away from here.

He said the PTI government had disbursed Rs 6.5 billions among people of Sindh under Ehsaas Emergency cash during COVID-19 pandemic to save them from starvation while Sindh government could not provide them even a penny during that difficult time.

PPP leadership is raising issue of inflation and protests were staged in the province to mislead the general public, Asad Umar said and added that Sindh and Punjab are surplus wheat producers but Sindh government had not released wheat to flour Mills due to which flour price in the province had touched Rs 80 per kg as compared to Rs 55 per kg price in Punjab.

Sindh Chief Minister Murad Ali Shah should tell the reason as to why wheat flour is being sold in Sindh at higher prices as compared to Punjab, he questioned.

While terming PDM a seasonal illness, Asad Umar said parties in this alliance were often coming out on the roads in the winter and then went back to the drawing rooms.

He categorically said that general elections would be held in 2023 and this time PTI will form its government in Sindh also and our worker will be the next Chief Minister of the province.

After passage of 18th amendment, all authority has been delegated to the provinces, from health, education to all sectors provincial government was responsible to provide services to their people, Asad Umar said and added that despite 18th amendment, Prime Minister Imran Khan asked the federal authorities to provide relief to the people of Sindh during coronavirus pandemic and billions of rupees cash amount as well as COVID-19 vaccines were provided to them while provincial

government had not procured even a single dose of the vaccine.

Asad Umar said under the Kamyab Jawan program, skill development training was provided to19700 youths of Sindh, of which loans were given to 3200 youths for starting their own businesses.

He said Pakistan People’s party had not constructed even one kilometre road of the motorway while PTI had constructed Multan-Sukkur motorway while November 18 was fixed as the last date for submitting bids for Hyderabad- Sukkur Motorway. He said the Prime Minister Imran Khan will soon visit here to inaugurate ground breaking of this mega project. Asad Umar asked Sindh Chief Minister Murad Ali Shah as to why wheat flour is being sold in Sindh at the rate of Rs 80 per kg as compared to Rs 55 per kg in Punjab.

He said a large quantity of wheat stocked in government godowns had been eaten by mice.

Criticizing the Pakistan Democratic Movement (PDM), Asad Umar said PDM was a seasonal illness and it outbreaks in winter and will disappear soon.

Addressing the public gathering, the opposition leader in Sindh Assembly Haleem Adil Sheikh said the PPP government had destroyed each and every corner of the province and people were given contaminated water from Karachi to Kashmore.

The clean drinking water is being sold through water tankers while it is not being given through water supply to make money, Haleem Adil said and added that contaminated water mixed with gutter water is being provided to people of Hyderabad, Sukkur Larkana, Mirpurkhas, Dadu and other cities and towns.

He said once PPP was a party of the martyrs but now it had become the party of killers.

He said in Karachi, an innocent youth named Nazim Jokhio was tortured to death by PPP MPA as he had stopped the influential hunters from entering their houses.

In Larkana, an innocent woman Fahmida Siyal was gunned down by another PPP MPA, adding he said and requested the federal government to take action against PAS and PSP officers who had become personal servants of provincial ring party leaders.

He said Jamshoro was a district of Chief Minister Sindh and Police of this district was involved in supply of drugs while hashish is being supplied in police mobile vans but no one was arrested.

Haleem Adil said those who raise voice against PPP leaders were being harassed, tortured and implicated in fake cases. He said two journalists Aziz Memon and Ajay Lalwami had been murdered for their reporting against PPP MNA and MPAs.

They also paid rich tributes to federal minister Asad Umar for his best performance and termed him as the real hero of Imran Khan.