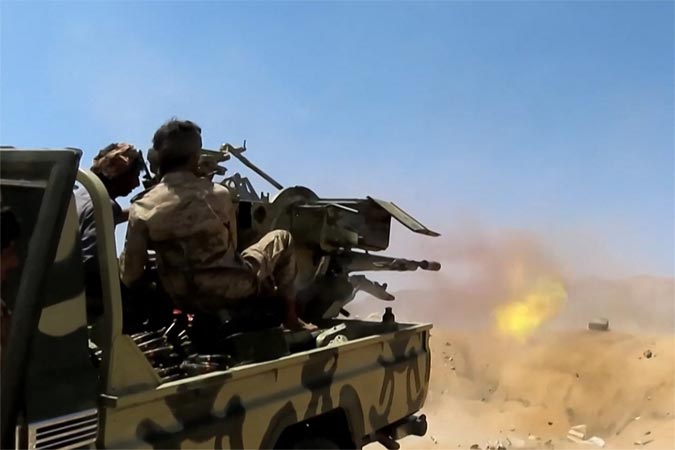 The Saudi-led coalition in Yemen said Sunday that it killed 138 Huthi rebels over the previous 24 hours in raids near the government stronghold of Marib.

The coalition, which has militarily backed the internationally-recognised Yemeni government since 2015, has reported strikes on a near-daily basis with high tolls each time. The Huthis rarely comment on the strikes but have continued their advance towards Marib, the last remaining government stronghold in the north.

AFP cannot independently verify the death tolls — well over 2,000 since the strikes began in October.

“Seventeen military vehicles were destroyed and 138” rebels were killed during the air raids on Al-Jubah, south of Marib, and Al-Kassara to the northwest, according to a coalition statement reported by the official Saudi Press Agency.

Yemen’s civil war was sparked after the Huthis seized the capital Sanaa in 2014, prompting Saudi-led forces to intervene to prop up the government the following year.

Tens of thousands of people have died and millions displaced in what the United Nations calls the world’s worst humanitarian crisis.