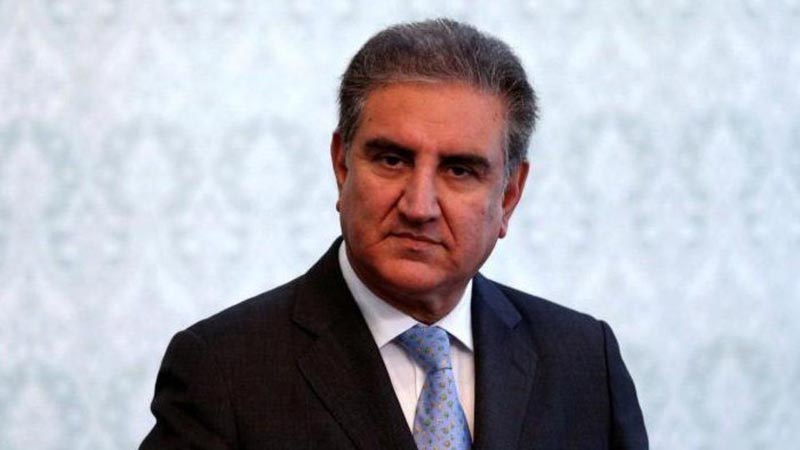 Foreign Minister Shah Mehmood Qureshi Sunday said Pakistan Democratic Movement (PDM) was working on external agenda and the parties in the coalition were also against the federation.

He expressed these views while addressing the inaugural ceremony of Surajkund Road and Sui Gas Road at NA-156 here, said a news release.

“The parties in the PDM neither have any ideology nor any agenda for welfare of masses. Whether it’s a long march or a short march, Pakistan Tehreek-e-Insaaf is not afraid of them,” said Qureshi.

“Let the PDM fulfill the passion of protest and march. Like the movements in the past, this time too the PDM will be disappointed” stated the foreign minister. The desire to overthrow the government would remain a desire, he added. He said PTI was the only political party that was a supporter of the federation and a national political party, which also supported the state agenda, Qureshi said. He added that the government would complete its constitutional term. He said the would also come to power after 2023 elections.

Earlier, he inaugurated Surajkund Road which was completed in a period of one year with a cost of Rs235 million while Sui Gas Road was completed at a cost of Rs180 million. Qureshi also inaugurated Tuff Tile, Sewerage, Carpeted Road schemes at more than 20 places in different Union Councils including 45, 46, 47 and 56 of NA-156. Addressing the ceremony FM Qureshi said the PTI had inherited a weak national economy. “When the PTI came to power, the national treasury was empty and the country was mired in debt,” he said. Qureshi observed that the country was facing crises at internal and external level adding, “We still have many challenges. After corona, the whole world is in trouble. Everyone is facing the issue of inflation. It is wrong to give this impression only in Pakistan,” said Qureshi.

He said the rising global prices of petroleum products and food items had put a bad impact on Pakistan. The government, however, was making positive progress and despite difficult economic circumstances, the economy was growing rapidly, he added.

“The government wants to provide a better future to the youth. Under the Successful Youth Program, loans worth Rs23 billion have been disbursed among the youth. The initiative is aimed at encouraging the youth and giving them a better future,” said Qureshi. He also hinted that under the Prime Minister’s Relief Package, billions of rupees would be provided to the people through the Ehsas program and more than 20 million families would benefi from the special package. Qureshi said he wanted to uplift the prestige of the country and move on the path of development.

“I am the elected representative of NA-156 and I am sincerely devoting all my resources and energies to the development of the constituency”, he added.