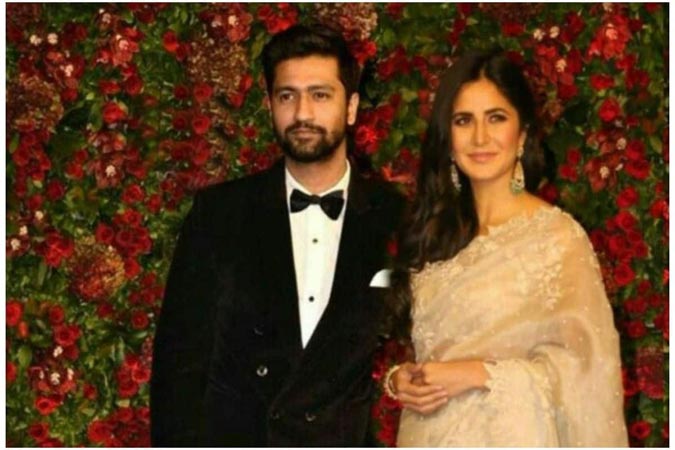 The video has become the talk of the town amid the rumours of their wedding.

Several reports claimed the couple’s big day which is expected to take place between December 7 and 9. Several fan groups have begun to modify old videos, including one in which the ‘Uri’ actor can be seen proposing to Karina, although the couple has yet to declare their official relationship.

In one of the clips, Vicky and Katrina are seen onstage at an award ceremony in the video. Vicky asked Katrina, “Why don’t you find a nice boy like Vicky Kaushal and get married to him? Katrina instantly responded with, “What?, the music of Salman Khan’s song Mujhse Shaadi Karogi started playing. Vicky Kaushal sang “Mujhse shaadi karogi” while blushing constantly. Katrina too, smiled, but said, “Himmat nahin hai (I don’t have the courage).”

A close friend of the lovebirds keeping his identity told IndiaToday.in, that there is a reason behind this. Katrina is enraged that the news of the wedding has leaked into the public.

One more friend added, “Everyone will know whenever Vicky or Katrina decide to make the announcement from their end.

As of now, neither of them have picked up the phone and made any calls to any of their industry friends to reveal the wedding dates.”