Travis and I are broken and devastated: Kylie Jenner 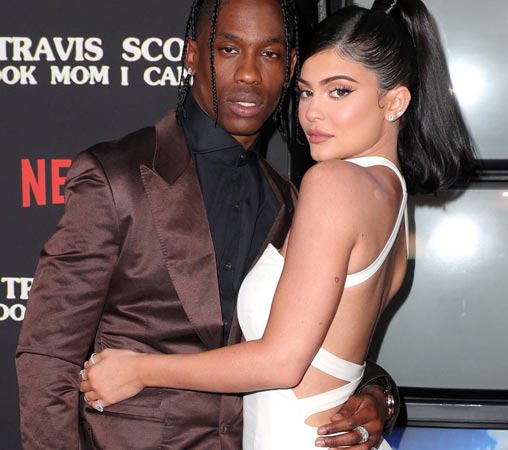 Kylie Jenner has said she was unaware people died at her partner Travis Scott’s Astroworld festival until after the show. The reality star, 24, sent her ‘deepest condolences’ to the families of the eight people who died during a stampede at the festival in Houston, Texas on Friday.

Taking to Instagram, Kylie said in a statement: ‘Travis and I are broken and devastated. My thoughts and prayers are with all who lost their lives, were injured or affected in anyway by yesterday’s events.

‘I want to make it clear we weren’t aware of any fatalities until the news came out after the show and in no world would have continued filming or performing.

‘I am sending my deepest condolences to all the families during this difficult time and will be praying for the healing of everyone who has been impacted.’

The makeup mogul was reportedly unscathed after attending the night concert that saw several people hospitalised.

Jenner, who is expecting her second child by Scott, attended the concert at the Astroworld festival in Houston with her sister Kendall who was also said to be unhurt.

‘Everyone is shocked and upset. Kylie and Kendall were in the audience, but they are not injured. Travis won’t be performing tonight. The concert is canceled,’ a source informed People magazine.

Scott was filmed continuing to perform after eight people were crushed to death, with one witness saying it was a ‘floor of bodies’.

Distressing video showed an unconscious male concertgoer being rushed to a medical assistance area after he passed out in the crush, which happened after people surged towards the stage shortly after 9.15pm CST Friday night. At least 23 people were rushed to a hospital – 17 of whom were caught up in the worst of the incident, including a 10-year-old, police said.

The Houston Fire Department reported that 11 victims were in cardiac arrest and needed CPR. None of those killed or injured have been identified.

Cops said 367 police officers and 241 security officers were working the event prior to the crush. Speaking out for the first time since the deadly surge, Scott tweeted on Saturday around 12.15pm saying he’s ‘absolutely devastated’ and is ‘committed to working together with the Houston community,’ including the police department.

Although he completed his 75-minute performance, at one point the rapper was filmed calling for help. In another video he stood on a platform with his microphone while chaos unfolded beneath him.