* 'November 12,' Swift wrote on Instagram along with the short film teaser 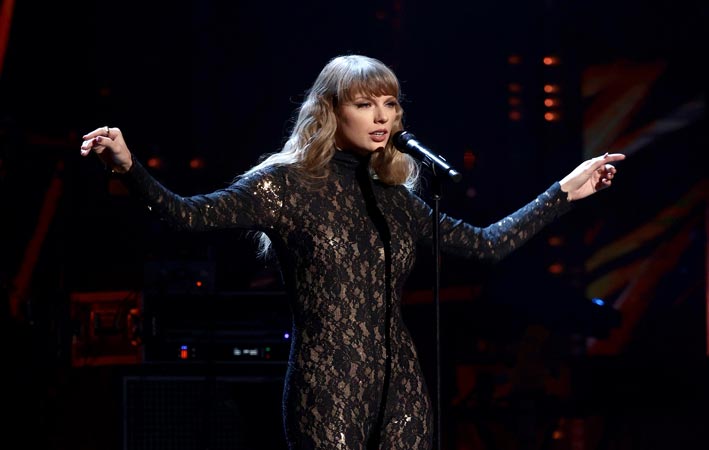 We might be OK, but we’re not fine at all-Taylor Swift is releasing a short film!

In addition to dropping her re-recorded Red album next Friday, Nov. 12, the superstar singer is set to release a short film for her 10-minute version of “All Too Well” the same day. According to a preview clip from Good Morning America, Swift will star in the visual-which she wrote and directed-alongside Teen Wolf alum Dylan O’Brien and Stranger Things actress Sadie Sink.

“November 12,” Swift wrote on Instagram along with the short film teaser. “Remember it.”

The Grammy winner, who is re-recording her earliest albums amid her ongoing music battle, first announced Red in June.

“I’ve always said that the world is a different place for the heartbroken,” she wrote in a letter to fans. “It moves on a different axis, at a different speed. Time skips backwards and forwards fleetingly.”

“The heartbroken might go through thousands of micro-emotions a day trying to figure out how to get through it without picking up the phone to hear that old familiar voice,” Swift continued. “In the land of heartbreak, moments of strength, independent and devil-may-care rebellion are intricately woven together with grief, paralysing vulnerability and hopelessness. Imagining your future might always take you on a detour back to the past.”

Red, originally released in 2012 and beloved by Swifties everywhere for its achingly beautiful lyrics, was supposed to have 30 songs on it. However, a number of them were cut. On the updated version, fans will finally get to hear those unreleased tracks-including the 10-minute version of “All Too Well.” The song, a fan favourite, is believed to be a look back on Swift’s relationship with actor Jake Gyllenhaal. Red is set for release on Nov. 12.