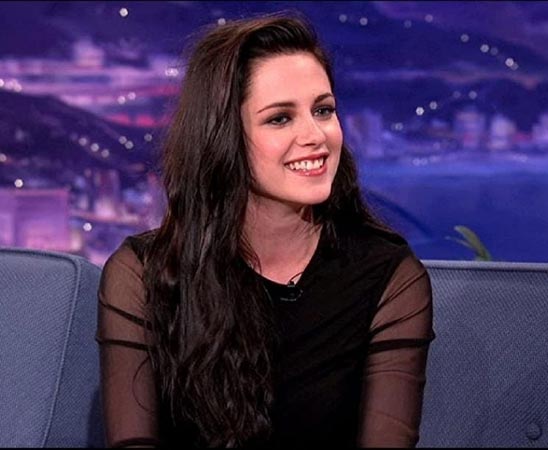 Actress Kristen Stewart has revealed that she would love to star in a 007 movie and suggested that she could combine the roles of Bond girl and Bond villain.

Stewart told the Daily Mail newspaper’s Baz Bamigboye column: “I would do a Bond movie, oh yeah! I would play the Bond girl who is the bad girl… who is the villain! I could play both parts. I haven’t done a baddie, yet.

“I do like playing the good guy… but maybe I need to cross to the other side.”

Stewart explained that she enjoyed the latest Bond movie as it stars her friend Lea Seydoux – who she has worked with on the upcoming horror flick ‘Crimes of the Future’ as 007’s love interest Madeleine Swann, reports femalefirst.co.uk.

The 31-year-old actress said: “Lea is one of the coolest people I’ve ever met.”

Meanwhile, Stewart recently confessed that she thinks that she has only made five “really good” films, despite having starred in dozens of projects.

The ‘Twilight’ star said: “It’s a total c***shoot. I’ve probably made five really good films, out of 45 or 50 films? Ones that I go, ‘Wow, that person made a top-to-bottom beautiful piece of work’.”

She also said that there have been some films where she knew during filming that they were not going to be very good.

“I’ve only regretted saying yes to a couple of films and not because of the result, but because it wasn’t fun. The worst is when you’re in the middle of something and know that not only is it probably going to be a bad movie, but we’re all bracing until the end.”