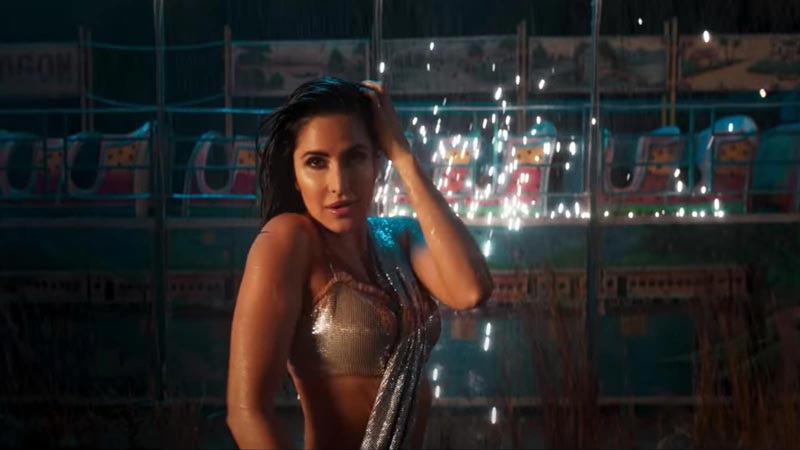 Katrina Kaif, who is known for her sizzling moves has once again stunned her fans by stepping into the shoes of Raveena Tandon for the recreated version of Tip Tip Barsa Pani song in Sooryavanshi. Kat can be seen grooving to the song along with Akshay Kumar.

For the song, Katrina can be seen wearing a silver shimmery saree while dancing in the rain. Throughout the song, Kat can be seen following a few steps of Raveena from the original song of the same name.

The song was from the film ‘Mohra’ which was released in 1994.

Raveena has set a benchmark for everyone and the recently released song has raised the temperature. Sooryavanshi released this Friday on November 5 and has been garnering a lot of praises from the critics and audience alike. The actioner is helmed by Rohit Shetty.

The makers have released the song today and have left everyone stunned with her terrific performance. From her fans to her colleagues from Industry has been going gaga over her sizzling performance.

The music video has been choreographed by Farah Khan and has been recreated by Tanishk Bagchi.