TLP all set to get off the hook 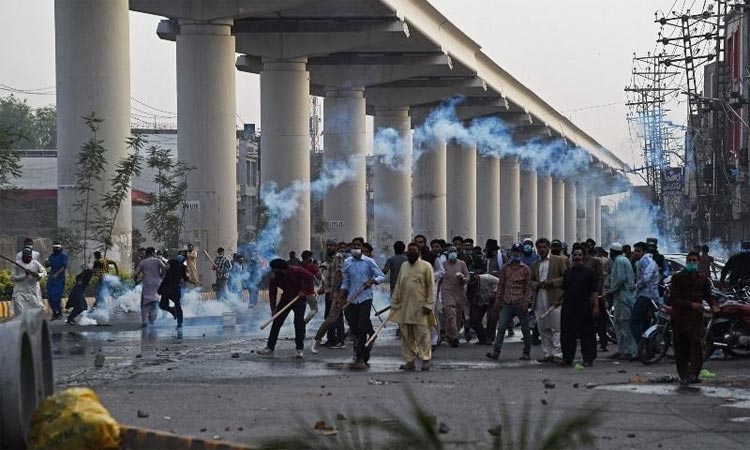 The federal cabinet on Saturday approved the de-proscription of the Tehreek-e-Labbaik Pakistan (TLP), after the political party and the government struck a secretive deal earlier this week, a private TV channel reported on Saturday.

The federal cabinet approved the removal of the party’s proscribed status through a circulation summary sent by the interior ministry, the TV channel claimed.

Earlier in the day, Prime Minister Imran Khan approved the submission to his cabinet of the summary seeking the revocation of TLP’s proscribed status.

As per the contents of the Ministry of Interior’s summary, the TLP had made a request to the Punjab government for its de-proscription on April 29. A prescription review committee (PRC) was then constituted to deliberate on the matter and it concluded that the government’s decision to declare the TLP a proscribed outfit was “based on merit”, the summary said, recalling the history of the entire episode. It added that the views of the law ministry had also been obtained on the matter.

In view of the commitment and assurance given by the organisation as well as keeping in view the larger national interest, the provincial cabinet asked the federal government to consider de-proscription of the TLP, the summary noted. “The prime minister has been pleased to accord permission for submission of the instant summary to the cabinet through circulation under Rule 17 (1)(b) of the Rules of Business, 1973,” the summary stated, adding that “the approval of the cabinet is [now] solicited to de-proscribe the TLP under […] Anti-Terrorism Act ,1997 on the recommendation of the Punjab government.”