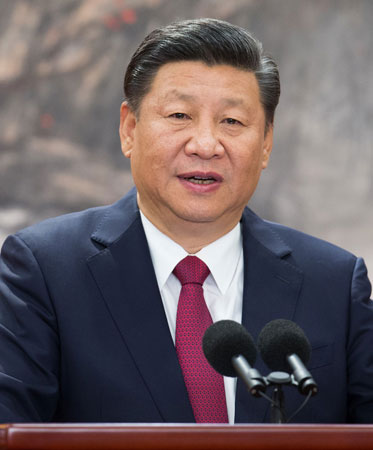 Chinese President Xi Jinping, the leader of the world’s most populous nation, heads a pivotal plenary of the ruling party’s top figures next week.
From Monday to Thursday, some 400 members of the Communist Party’s Central Committee gather in Beijing. The only such meeting this year paves the way to its 20th party congress next autumn – at which Xi is widely expected to be handed a third term in office, cementing his position as China’s most powerful leader since Mao Zedong.
At next week’s plenary, top figures will debate a key resolution celebrating the party’s main achievements in its 100 years of existence, according to state news agency Xinhua. Analysts say the resolution, only the third of its kind in the party’s history, will help Xi shore up his grip on power by setting in stone his vision for China, ahead of the crucial 2022 party congress.