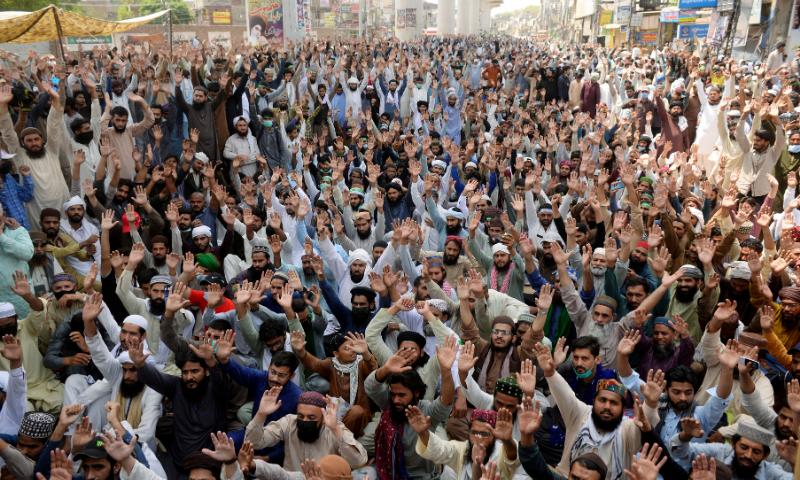 On Saturday, the activists of the proscribed Tehreek-e-Labbaik are still recording their protest in Wazirabad for the release of their arrested leader Saad Rizvi.

The GT road on Chenab bridge is also closed for the traffic, and the daily travelers are being diverted to the Khanki barrage, Daily Times reported.

The protestors were still hunkering down in a park adjacent to the Wazirabab GT road on Saturday. The city administration still has not restored the internet service of Wazirabad city for almost two weeks.

Meanwhile, a girls’ college located on the wazirabad GT road has been closed once again.

The security forces are still present on the Wazirabad Chenab bridge. The trenches which had dug up at the bridge to stop the TLP march are yet to be refilled.

The forces have asked the pedestrians and motorbikers to use the bridge for their movement. But the Chenab bridge is closed for other traffic so far.