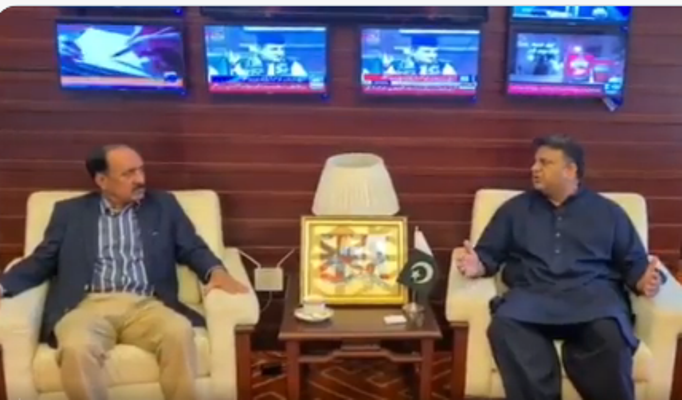 ISLAMABAD: On Saturday, Federal Minister for Information and Broadcasting Chaudhry Fawad Hussain said that the bar association could play a role in bringing the political parties closer on the issue of major reforms.

“We will welcome the role of lawyers and bar associations in electoral reform, NAB ordinance and other important legislation”, the minister said during a meeting with newly elected office bearers of Supreme Court Bar Association led by President Ahsan Bhoon.’

He asked the legal community that instead of challenging the NAB ordinance, they should suggest reforms to the government.

He said that lawyers play the role of a bridge between the bar and the bench and this role should also be adopted in national affairs.

He said that the lawers’ community should continue to play its role in the rule of law in society.

“Bar associations will have to make efforts to expedite pending cases in the judiciary”, said Chaudhry Fawad.

The establishment of a developed society was not possible without justice, he said.

“We will solve the problems facing the legal fraternity”, he said.

The minister assured the delegation that the welfare of lawyers was a top priority of the government and it was taking all possible steps in this regard.

Congratulating the officials of the Supreme Court Bar Association on their victory in the recent elections he assured them of all possible cooperation.

The President of the SBCA said that they would continue efforts for strengthening and reformation of the judicial system.

He said they would fulfill the trust placed in them by the legal community and reforms in the justice system were need of the hour.

He said that the government and the opposition should go beyond political interests and cooperate for major reforms.