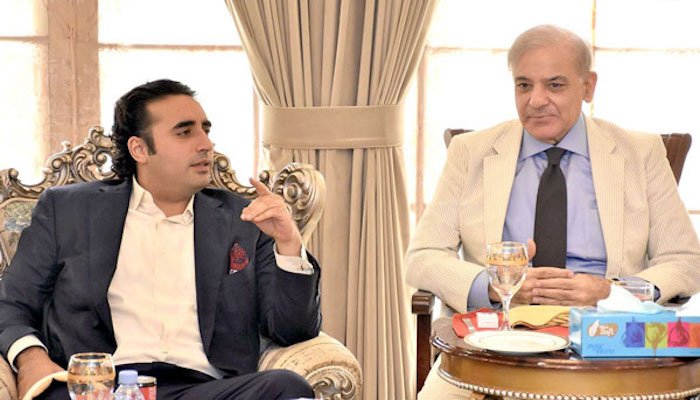 ISLAMABAD: On Friday, PML-N President Shehbaz Sharif made a telephone call to PPP chairperson Bilawal Bhutto-Zardari to discuss the rising inflation in the country.

During the telephonic conversion, both the leaders talked about a joint strategy of the opposition against inflation in the Parliament. Shehbaz Sharif told Bilawal that his party was ready to join hands with PPP against inflation.

Bilawal said PM Imran Khan hurt people by giving a lollipop of relief. Every passing day the elected government is increasing the problems of people, he added.

He said Imran Khan’s relief package was not for the people but for a few families.

Meanwhile, Pakistan Democratic Movement (PDM) chief Maulana Fazlur Rehman has convened a meeting of the leadership today on an urgent basis. The meeting will discuss the petrol price hike, inflation and other issues of national importance.

Jamiat Ulema-e-Islam Fazl (JUI-F) leader Hafiz Hamdullah, sharing the meeting’s agenda, said the Opposition alliance will discuss its strategy for the joint session of the Parliament in the meeting.

Other issues that will also be discussed by the PDM leadership include a hike in petrol prices, the surging inflation and the alliance’s strategy for anti-government protests.

The government has called for a joint session of the Parliament on November 10, so that 18 bills can be passed.

These bills are related to granting overseas Pakistanis the right to vote, e-voting and the use of electronic voting machines (EVMs).