Opposition protest in Parliament against inflation 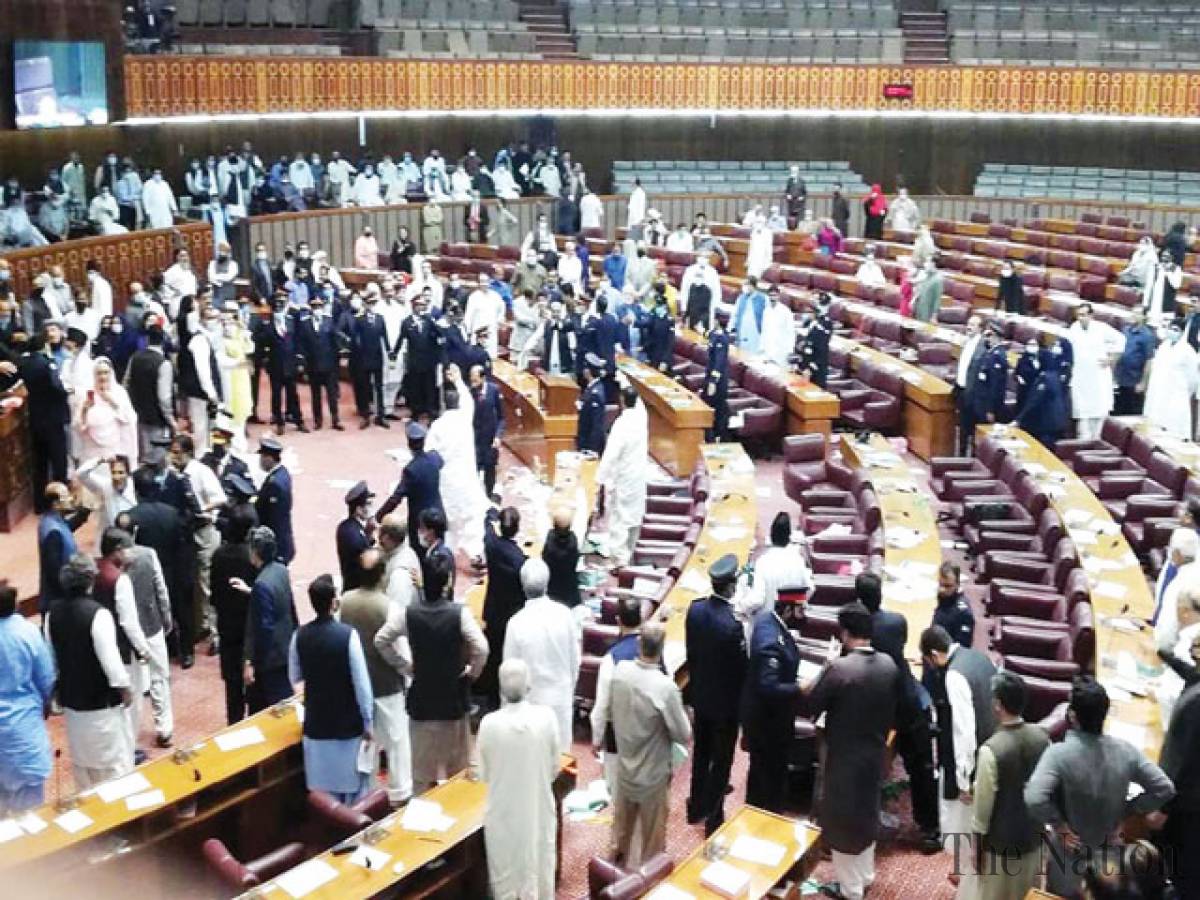 ISLAMABAD: On Friday, Opposition parties recorded a protest against the petrol price hike and increasing inflation in the Parliament House.

During the protest, the opposition members, carrying placards, raised slogans and demanded the withdrawal of the hike in prices of petroleum products. They further demanded Prime Minister Imran Khan’s resignation in view of the surging inflation in the country.

Earlier in the day, the finance ministry had notified a massive increase in the prices of petroleum products.

Meanwhile, while speaking on a point of order PML-N’s Khawaja Asif urged the government to present inquiry reports on sugar and wheat scams and details of an agreement reached with the proscribed Tehreek-e-Labbaik Pakistan (TLP).

Asif said that they are not in the House to just deliver speeches and put up thumb impressions.

“We were elected to protect the rights of the people,” he said, adding that the members sitting on treasury benches are also worried about the condition of the common people due to the price hike.

While referring to the prime minister’s previous speeches before coming to power, Khawaja Asif said the country is looking for the leader who used to say that a prime minister is a thief when there is a price hike in the country, petrol is expensive and taxes are increased.

“This prime minister gives a relief package and then drops a petrol bomb,” he said.

The treasury benches, on the other hand, lashed out past governments for inflation and indulging in corruption to acquire Surrey Palace and Avenfield apartments via laundered money.

The House chanted out slogans of ‘sugar thieves’, ‘flour thieves’ as the Opposition senators took the prime minister to task, blaming him for making the life of the common man miserable due to the rising inflation.

The Leader of the Opposition in Senate Syed Yusuf Raza Gilani, after the question hour concluded, requested Senate Chairman Sadiq Sanjrani to first allow them to speak on the latest increase in rates of petroleum products and price hike of other commodities and then take up the agenda items.

Gilani said the prime minister was wrongly advised to speak on the issue of price hikes and increase in petroleum products’ rates and the impending gas crisis, saying that instead of him, the minister of finance should have explained these developments in a news conference.

In his turn, PTI Senator Shahzad fired back at the Opposition, saying that had they not indulged in corruption in constructing motorways, roads and acquiring assets such as the Surrey Palace and Avenfield apartments through ill-gotten wealth, the PTI government would not have gone to the IMF.

“We are ready for serious talk and proposals but they want only one thing and that is that they should be back in power to continue all this again. They are not ready to face facts,” he added.