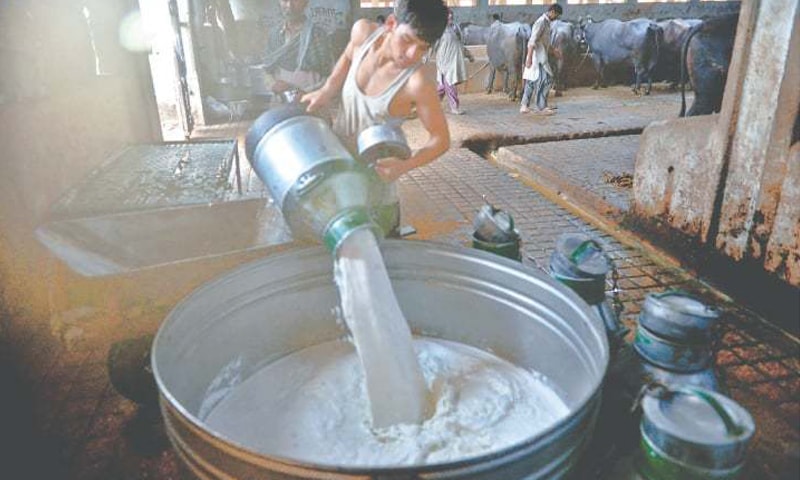 KARACHI: Dairy farmers have notified an increase of Rs10 per litre in milk price in the metropolis.

They increased the price on their own without the consent of the government. They announced price hike despite the fact that Karachi Commissioner Muhammad Iqbal Memon constituted a body to fix the price of milk in the city.

Dairy farmers also backtracked on their commitment to keep milk prices unchanged until the committee completes its task.

The committee was tasked to assess the production cost of milk, including the animal, management, transportation and feeding besides determining the per litre estimated cost of milk at farm, middlemen and retailer levels. It is to furnish a report in a week.

Last month, the Sindh High Court (SHC) had directed the Karachi commissioner and other officials to prepare reports on steps taken to control rising milk prices in the port city.

The Sindh Food Authority (SFA) and the commissioner office submitted their written comments in the court. Assistant Commissioner Ijaz Rind informed that a meeting of all stakeholders had taken place. He said that the administration will fix the milk prices soon.