* 'Hey, Kristen!' he said in a pre-recorded video message 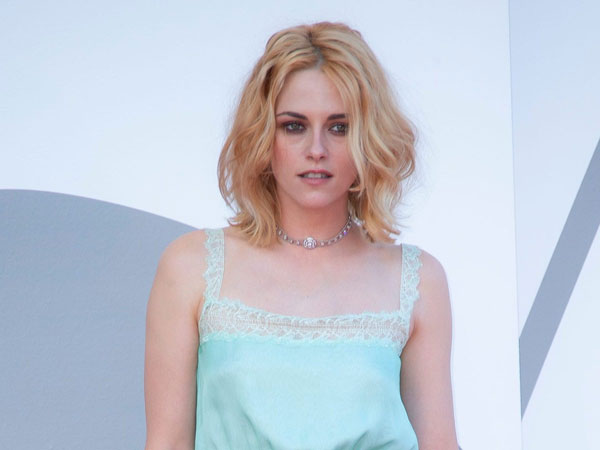 “Hey, Kristen! Guy Fieri here and I’ve heard through the Flavortown grapevine that you are looking for a sweet, spiky-haired officiant for your wedding,” he said in a pre-recorded video message. “I’m all in.” Needless to say, Stewart was surprised by the response and asked if Fieri was joking. Hoda Kotb then wanted to make sure Stewart’s request for Fieri to do the honours was real and the Spencer star made it clear she was all for him being a part of her special day.

“Absolutely!” she replied. “Do you know where he lives? What’s his address? I’m like, ‘Does he live in LA? We should talk about this.'” And in case there was any confusion, Fieri tweeted, “Oh that offer is legit!”

Stewart first brought up the idea during her Nov. 2 interview on The Howard Stern Show.

“We’re either going to have, like, no one-we’re just going to do it ourselves and just, like, not have somebody officiate to sort of, like, have another party involved in, like, our moment-but we did hear that Guy Fieri from the Food Network officiates a lot of gay weddings,” she said. “And so the idea of that man-that sweet, sweet spiky-headed man-coming to our wedding and officiating, it just makes me laugh so much.”

Although Stewart told Kotb and Savannah Guthrie that she and Meyer got engaged “months ago,” it was during her interview with Howard Stern that fans first heard the news. “The funny thing is even Dylan’s dad sent us an email congratulating us,” she shared on Today. “He was like, ‘Girls! I’m so happy for you.’ We were like, ‘You were at the engagement party months ago.'”

And it looks like she’s loving this next chapter, telling the anchors it feels “perfect” to be engaged. “I feel so lucky,” Stewart continued. “It’s so nice to know something in the world. I know I’m so surely happy. I’m so stoked.”

Stewart told Stern she met Meyer while working on a movie “years ago” but that they didn’t see each other again for six years. Fans learned of their relationship after the Twilight alum and the screenwriter were spotted together in August 2019 and made their relationship Instagram official that October. By November of that year, Stewart told Stern in a separate interview that she couldn’t “wait” to marry Meyer. And when she reappeared on the radio show earlier this week, she confirmed that the couple are going to tie the knot. “We are totally going to do it,” she said. “I wanted to be proposed to, so I think I very distinctly carved out what I wanted and, you know, she nailed it. It was really cute. She did very well. We’re marrying. It’s happening.”

Stewart said the wedding won’t happen for at least a year and told Stern, “I don’t want COVID to even be, like, a thing.” And while it’s still to be determined whether Fieri will actually officiate, there are some things Stewart knows for sure about her big day. For instance, she said she wants to get married in Los Angeles “so everyone can come” and that “the food needs to be on point.”

When asked about her wedding attire, Stewart said she wants to wear “the best pair of Levi’s ever and, like, an old T-shirt that has a tuxedo printed on it, but like cut-off and barefoot.” But most important, she just wants to spend the day with her nearest and dearest. “I want it to be pretty chill,” Stewart said on the SiriusXM show. “I don’t want anyone walking anyone down any aisles. We’re just going to, like, stand and do vows and party after.

It’s kind of just a great excuse to get together and say, ‘I love you’ in front of all your friends.”