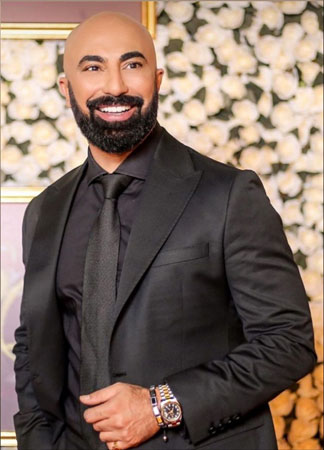 Renowned designer, television host, runway director and actor Hassan Sheheryar Yasin AKA HSY recently made his first announcement in introducing the first of its kind luxury event company that will focus on creating experiences that are both unique and bespoke with the title, HSY Productions.

The event company has been in the works for quite some time but the announcement was made official as HSY hosted one of the biggest events of the year with several A-listers as guests. The HSY tradition is steeped in storytelling, with each signature HSY event promising to take guests on a journey they will never forget. HSY Productions brings together Pakistan’s best talent from the world of event management and event architecture, to focus on luxury weddings, corporate events, and strategic brand innovations and communications. The event company holds promise to create experiences unlike any other with the creative vision of HSY.

HSY has already earned several accolades this year by opening the largest couture studio in Pakistan made out of all Pakistani materials. The superstar is also currently the ambassador and spokesperson for the disability inclusion initiative, NOWPDP. His television acting debut for the most highly anticipated drama serial of 2021 ‘Pehli Si Mohabbat’ blew audiences away as his acting gauged acclaim all around. HSY has continued to work on his mentorship program this year and was also awarded the ‘Best Designer of the Year’ at the ARY Awards. Being someone who always had a knack for storytelling and public speaking, the superstar is also now considered to be one of the best celebrity motivational speakers who has given up to four Ted talks in total. Executed campaigns with the biggest superstars of Pakistan. Most recently HSY has launched up to 5 fragrances in collaboration with Connatural. Now, the icon is taking on something brand new, ready to amaze audiences across the country once again.