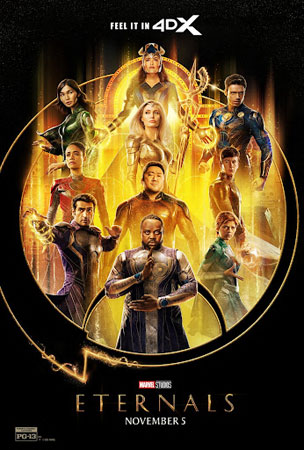 Marvel Studio’s latest Eternals has reportedly been banned in Saudi Arabia, Qatar and Kuwait, as per The Hollywood Reporter.

The publication was told by sources that the gay relationship in the Marvel Cinematic Universe movie may have been the reason.

In the Chloe Zhao directorial, Brian Tyree Henry’s Phastos, one of the member of the titular beings who is a weapon inventor and technology expert, is a gay man and also shares a kiss in the movie with his husband Ben. This is the first time that a same-sex couple has been depicted in a Marvel film.

As per the website, edit requests were made by the local censors that Disney was not willing to make. The film was expected to release across the Gulf on November 11. The film is still expected to come out in the United Arab Emirates.

Written by Zhao, Ryan Firpo, and Kaz Firpo, Eternals introduces a new group of superheroes, the titular Eternals, who have lived in secret on earth for 7,000 years. Created by entities called Celestials, they were tasked with protecting the earth from the Deviants, their misshapen and evil counterparts.

The film has not pleased critics. It has a ‘rotten’ score of 51 percent on Rotten Tomatoes, a review aggregation site. This is after 225 reviews.

The critical consensus reads, “An ambitious superhero epic that soars as often as it strains, Eternals takes the MCU in intriguing – and occasionally confounding – new directions.”