* Shehbaz says Imran Khan lets axe of inflation fall on public and then wonders why inflation is surging in country
* PPP warns of protests if petroleum prices not slashed
* PML-Q, MQM urge PM to provide relief to masses 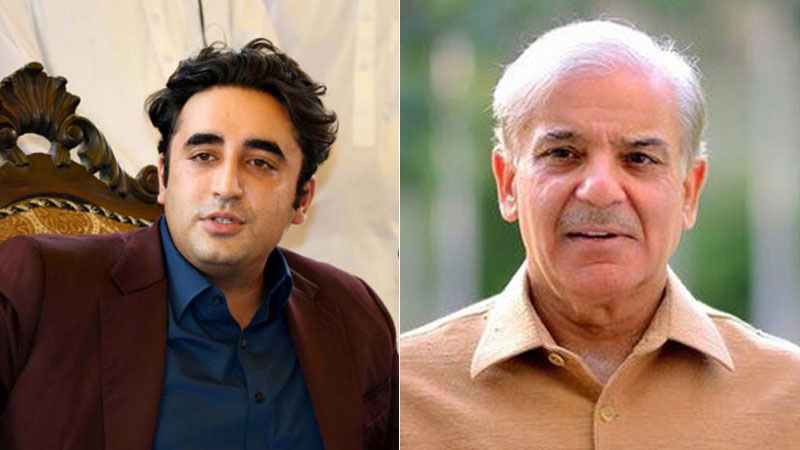 The opposition parties on Friday lashed out at Prime Minister Imran Khan, blaming his government for the rise in prices of petroleum products while the PTI’s coalition partners also warned of rising inflation in the country.

Reacting to the price hike, PML-N President Shahbaz Sharif said that since the incumbent government came to power, it had brought the entire nation to “the ration card”. “Imran Khan lets the axe of inflation fall on the public and then wonders why inflation is surging in the country,” he tweeted. “Over the past three years, the price of edible oil has increased by over 130%,” he added.

The PML-N president said that the price of edible oil going up from Rs160 to Rs369 is unjustified, he said, adding that a “storm of inflation” had followed the prime minister’s announcement of a relief package for the masses. “The hike in prices of petroleum products is proof that the government does not care about the poor,” he wrote.

He said that while the price of petrol had not surged past the Rs145 per litre mark, the government had exceeded the limits of ineptitude, corruption and incompetence. “Increasing the prices of petrol and diesel by Rs8 per litre will also have a direct effect on prices of other items. It has become difficult for the common man to live,” he wrote.

He said it was in the best interests of the entire nation and the masses that the prime minister “goes home instead of wreaking further havoc”, adding that inflation, unemployment and “economic destruction” do not go away merely via allegations of corruption.

PML-N leader Ahsan Iqbal joined many others in denouncing the government over the recent hike in petrol prices, saying Prime Minister Imran Khan was “misleading the nation” on the matter. He referred to the premier’s address at a public gathering earlier in the day, where the latter had said that the rise in inflation and prices of commodities was a consequence of the increase in prices globally.

The MQM’s Rabta Committee also condemned the hike in prices of petroleum products, stressing that it will have a direct effect on the prices of essential items.

“The public have already been crushed under the weight of inflation,” stated the party’s Rabta Committee. “Shifting the entire burden of globally increasing prices of food items on the public is not a wise decision.”

The party advised the government to do away with “unnecessary expenditures” instead of shifting the burden of inflation on the masses. “The prime minister should have some mercy on the people and take back his decision to hike prices of petroleum products,” it added.

Opposition party PPP also reacted to the hike in petroleum prices, demanding the government to slash prices immediately or else be prepared for “Dama Dam Mast Qalandar.” “The masses should be ready. The PPP will soon announce its anti-government protest programme,” said Shazia Marri. She said the prime minister had harmed the public instead of providing them relief. “Imran Khan has taken anti-public measures in his bid to fulfil the IMF’s agenda,” she said.

Another ally of the ruling party, the PML-Q, has also condemned the petrol price hike, saying that the prime minister’s relief package was not adequate for the masses. “The country is undergoing extreme inflation, the poor are being crushed and no one seems to care about it,” said the PML-Q’s Kamil Ali Agha during Geo

Meanwhile, a spokesperson of the Ministry of Finance tweeted about the hike in petroleum prices, clarifying that the government was only collecting 1.43% under the sales tax head with the new prices in place. He said that if the government collected the full 17% in sales tax, the price of petrol per litre would surge past Rs160 per litre. “If an additional Rs30 petroleum levy was charged then the price of petrol would surge to Rs180 per litre. The government did not collect Rs35 per litre [to provide relief to the masses],” he said.