* Minister says most of sugar mills in Sindh are working under Zardari, while in Punjab, they are owned by Sharif family 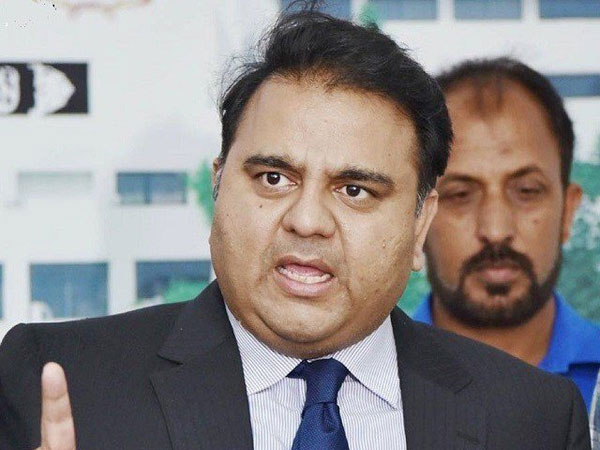 Minister for Information and Broadcasting Chaudhry Fawad Hussain on Friday said the Sindh government is responsible for the increase in sugar and flour prices.

Flanked by Minister for National Food Security and Research Fakhar Imam, he told a presser that the Sindh government is not releasing wheat which resulted into price hike of the edible in Sindh in general and in Karachi in particular. Likewise, he said the crushing of sugar was yet to start in Sindh where the sugarcane crops’ yield arrived earlier than other parts of the country which ultimately put the overall pressure on the commodity’s price. Another reason for spike in sugar prices was financial speculation in the market, he added.

“As you know, most of the sugar mills in Sindh are working under Asif Ali Zardari, while in Punjab, they are owned by the Sharif family,” he said, adding unfortunately, the private sector held their stock which stood at 90,000 tonnes.

About the action taken by the government against sugar hoarding, he said, “We fixed the price of sugar at Rs 90 per kg which also included Rs 16 per kg profit for sugar mills.” Private sugar mill owners sought stay order from the courts on government actions for getting sugar stock released from their godown, he said. “The matter is now pending in the court,” he said, appealing to the judiciary to decide the cases on merit at the earliest so that the government could overcome crisis like situation and pass on the relief to the public. “We are not asking ‘the court’ to give the decision in favor of the government. at least start proceeding,” he said, adding the stay on the matter of national importance created major problems.

Expressing hope for starting of sugar crushing in Punjab, he said the Sindh government had to start crushing from November 1, but there was no progress made as yet.

Fawad said, hike in the essential commodities’ prices were mainly being reported from Karachi. Price of a sack of wheat flour was Rs 380 higher in the metropolitan than the actual prices in Punjab and Khyber Pakhtunkhwa. Likewise, other edibles including sugar was being sold at the highest rate in Karachi, he added.

He urged the Sindh government to clear its position on inflation. “Why it did not release wheat earlier and now refrain from starting crushing of sugar what sort of agenda you people are pursuing and what actually you want,” he questioned. The challenges being faced by the people in Urban Sindh was result of the Sindh government’s bad governance, he said while pointing to the lawlessness in the province apparently due to absence of police.

He said people were being murdered in broad daylight and social media networking sites were flooded with such clips. It seemed that there was an environment of ‘jungle’ across the province, he added. The minister urged the media to highlight the plight of the people of Sindh and put pressure on the provincial government to conduct independent inquiry into such matters.