* Report says election officials, police and local administration were found to be puppets in hands of their unlawful masters 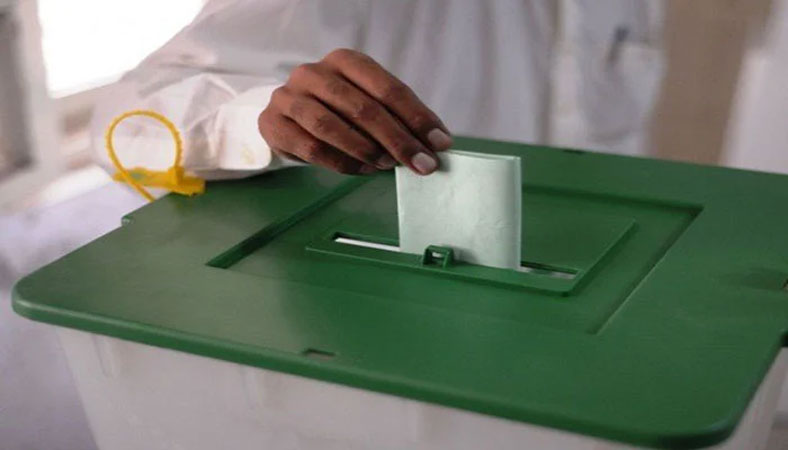 The NA-75 Sialkot-IV by-election held in Daska on February 19 was not held in a fair, free, and transparent manner, according to an inquiry report issued by the Election Commission of Pakistan on Friday.

The report concluded that election officials, police and the local administration failed to play their “designated role in the requisite manner and were found [to be] puppets in the hands of their unlawful masters” during the by-election.

The report – submitted by Punjab Joint Election Commissioner Saeed Gul to the Election Commission of Pakistan secretary – said the statement given by the 20 POs who were “forcefully taken to some unknown places invoked the point that … facts were being concealed by the POs”.

It noted that while the said POs blamed police for the irregularities reported during the by-poll, “their statements can never justify their negligence and maladministration”.

“In fact, their manipulated replies in the investigation of [them] being taken to unknown places and any interaction or forceful approach by someone further aired the suspicion that they were vindicated or backed up by someone,” the report says.

“Statement of SAPOs exposed that one PO willingly took the tamper evident bag with him in a shopping bag.”

Of the staff employed for election duty from the education department, Iqbal Kaloya, Deputy Director (Colleges), Sialkot, was found involved in attending meetings at AC House, Daska, “which were meant for manipulating the election process”, in which Ali Abbas, ZeeshanJaved, Asif Hussain, Firdous Ashiq Awan, Muhammad Awais, and some other persons were present.

According to the report, he “illegally summoned the POs in the office of Nawaz Cheema, Principal, Government Degree College for Boys, Daska, to pass on the following directions”.

* Slow down the voting process;

* Voting should not increase above 25% in Daska city area;

* Don’t interfere in the doings of the district administration and police and whatever they want to do, let them do it;

* Close the polling station at 4:30pm with the help of police;

* Cooperate with the district administration; and

* Return to the RO office as early as possible.

According to the report, the 20 POs who remained missing after polling concluded, “under some planned scheme” left their respective polling stations in private vehicles and reached Sialkot by staying first at PS QilaKalarWala/PS Satra, office of the DSP, Pasrur and Mundeke etc., after nearly 8:30pm.

It said that they remained at “some unknown building” situated at Shahabpura/Ugoke Road near Zohra Hospital “for more than seven hours” and after that, they were transported with police security to the office of the returning officer at Jaisarwala. “Before reaching their destination, all the POs were shifted in police vans from Toyota Hiace and finally they reached the returning officer’s (RO) office,” the report said.

“Among the above said 20 POs, two female POs were also included. One of that two female POs somehow managed to submit the original result of the polling however, about the other female PO, an embarrassing and ridiculous fact was disclosed that she was mistreated severely at the suspicious place,” the report further reveals. It said that during the inquiry proceedings, it was also revealed that Deputy District Education Officer (Female), Daska, managed a meeting of her subordinate Assistant Education Officers (AEOs)/POs with Asif Hussain, Assistant Commissioner, Daska, and Zulfiqar Virk, DSP Sambrial, at her home wherein the participants were “instructed to favour the government in the said by-elections, allow the voters to cast their votes on copies of CNIC, act upon the guidelines received from DDEO (F), Daska, during polling and not to bother about the law and order situation if it turned untoward”.

The by-election investigation report quoted the police as saying that the concerned SHO on duty on the day of the polls also played a role in manipulating the election process. The SHO mingled with the staff inside the polling station, which they weren’t allowed to do so.

The report further stated that government vehicles belonging to the police were used to carry the missing POs to irrelevant locations.

The convoy of police vehicles, with the permission of the SHO concerned, illegally transported the missing POs to the office of the DSP, Pasrur, and then to Sialkot.

Per the report, the police officers concerned also allowed unauthorised persons to enter the polling station and hold meetings with the POs, thus breaching the law.

The report said that the policemen “played the role of kidnappers instead of guards” and handed over the POs to unrelated persons, adding that the policemen concerned have admitted that on the instructions of SHO Tahir Sajjad, they transported the POs and sensitive materials to other locations “under the pretext of maintaining the law and order situation.”

The policemen also said that SHO Sajjad also threatened them with “dire consequences if they did not comply.”

The report also stated that ASI Ghulam Haider confiscated the mobile phones belonging to the POs. Some policemen also insulted both male and female POs and were found to be giving instructions to them.

‘RO and DRO remained confined to their offices’

According to the ECP’s investigation report, RO and District Returning Officer (DRO) remained confined to their offices and failed to discharge their responsibilities properly. Both RO and DRO also refrained from taking decisions under sensitive situations.

“Both RO and DRO remained unaware of the illegal meetings taking place between unauthorised persons and election officials,” the report stated, adding that the DRO did not know that the police, naibqasids, and drivers had left the sensitive election materials in the RO’s office in the absence of a PO.

“They both admitted that they learned about the 20 missing POs at 2am,” the report stated.