Rumpus in NA over increasing inflation in country 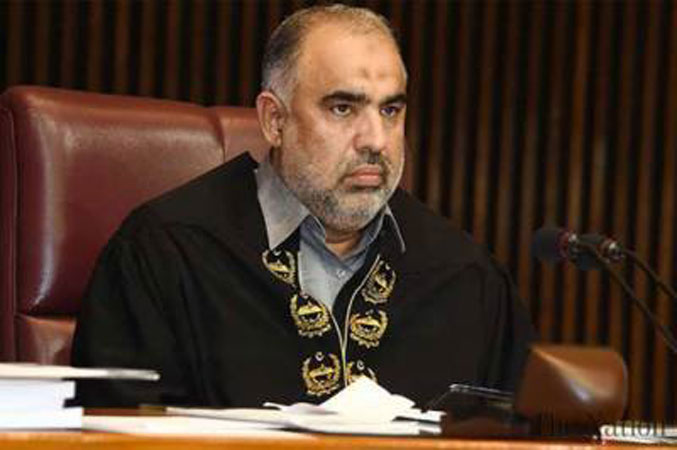 The National Assembly’s proceedings could not be continued on Friday due to rumpus by opposition parties against increasing inflation in the country, especially the recent hike in petroleum prices.

Later, the speaker announced the adjournment of session till Monday 6 pm after the House was found lacking quorum, which was pointed out by Rana Tanveer of the Pakistan Muslim League-Nawaz (PML-N).

As per agenda issued by the Parliament Secretariat, there were 11 items to be discussed in the House, including two calling attention notices.

Speaking in the House, PML-N leader Khawaja Asif asked where are five million houses and 10 million jobs for the people, adding that the nation will soon make them accountable. He further demanded to present the agreement signed between the banned outfit and the government in the assembly.

The reaction came after the government on late Thursday night jacked up the price of petrol by Rs 8.03 per litre with immediate effect.

According to a notification issued in this regard, the new price of petrol will be Rs 145.82 per litre against the current rate of Rs 137.79 per litre. The price of high-speed diesel (HSD) has also been enhanced by Rs 8.14 per litre and will now cost Rs142.62 per litre.

In her reaction, Shazia Marri of PPP said that the masses should be ready and that her party will soon announce its anti-government protest programme. She said the prime minister had harmed the public instead of providing them relief. “Imran Khan has taken anti-public measures in his bid to fulfill the IMF agenda,” she claimed.