Sindh ready for change due to bad governance 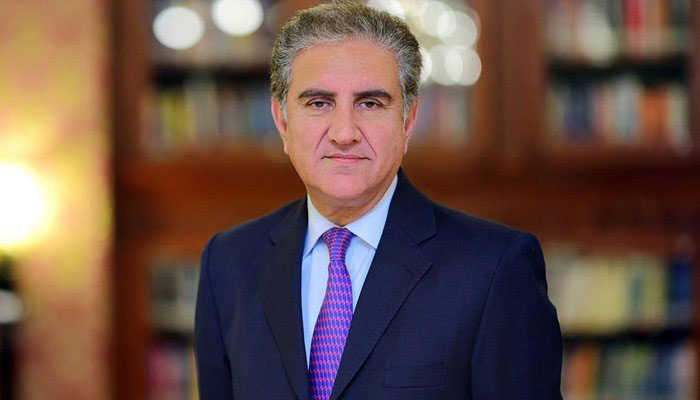 Foreign Minister Shah Mehmood Qureshi, Friday, said that Sindh was ready for change as people were disappointed of bad governance and corruption in the province and looking for suitable alternate.

He while speaking at a meeting with PTI’s elected representatives from Sindh here at chamber of opposition leader in Sindh Assembly building, said that PTI like other provinces of the country was capable of bringing change by utilizing political opportunities available in Sindh with proper planning.

He said that there was lack of good governance in Sindh while the PPP government during its prolonged tenure got ample opportunities but they disappointed the people.

The recent public meetings in Umerkot and Mithi and the presence of a large number of people showed that masses were looking at the PTI and eagerly wanted change, Qureshi argued.

Ideology of a large section of the urban population of Sindh was different from PPP and they were in quest of alternative political platform, Qureshi said, adding that even in rural areas of Sindh a significant number of people was ready to join PTI only if they were offered a reasonable alternative.

In Sindh, especially in Karachi, the PTI got a resounding victory in the previous general elections, he said adding that charismatic personality of Imran Khan and his courageous support to the citizens of Karachi translated into PTI’s victory in the 2018 elections.

Prime Minister Imran Khan considered the entire province of Sindh as his responsibility and PTI government was taking every possible step within the ambit of constitution, he noted.

The foreign minister said that people in Khyber Pakhtunkhwa also acknowledged the principled stand of Imran Khan and PTI defeated political parties like ANP, JUI and PML-N within their strongholds. PTI returned successful in 2018 for the second time in KPK that had never happened in history of the province, he added.

Qureshi said that although PML-N had deep roots in Punjab, PTI had emerged as the best political alternative while in the southern Punjab, which was once considered the stronghold of the PPP, the PTI got thumping victory.

The situation in Sindh was not different as people of Sindh were weary of the circumstances, he said and bemoaned that PTI supporters in Sindh were being victimized while the general public was being deprived of their rights.

Qureshi, who is also vice chairman of Pakistan Tehreek Insaf, said that opposition in Sindh despite unfavorable conditions and severe pressure was striving to come up to expectations of the masses.

He appreciated the efforts of Haleem Adil Sheikh and other PTI leaders of Sindh and said that they were playing the role of a vanguard and kept the hopes of masses alive even in difficult circumstances.

He said that prominent political figures like Arbab Ghulam Rahim, Ghous Ali Shah and Muzaffar Ali Shah had joined PTI while many other important personalities were ready to join the caravan of change.

Shah Mehmood Qureshi termed the non-representation of the Opposition in the Standing Committees and Public Accounts Committee and other parliamentary forums in the Sindh Assembly as a violation of democratic norms.

It was agreed in Charter of Democracy that Public Accounts Committee would be headed by the Leader of the Opposition and Shahbaz Sharif and after him Rana Tanveer held the post, Qureshi said adding that the same norm was in practice in KPK and Balochistan.

He said that those who preach democracy must read and follow the democratic norms themselves before teaching them to others. He demanded the Leader of the House in Sindh Assembly to respect the democratic, constitutional and parliamentary traditions and ensure proportional representation of opposition in standing committees and Public Accounts Committee in the province should be headed by the leader of the opposition.

On the occasion, Leader of Opposition in Sindh Assembly Haleem Adil Sheikh welcomed the foreign minister and Parliamentary Secretary for Finance Makhdoom Zain Hussain Qureshi to the Assembly. He said that Makhdoom Shah Mehmood Qureshi had deep rooted spiritual and political relations with the people of Sindh who payed respect and reverence to him.