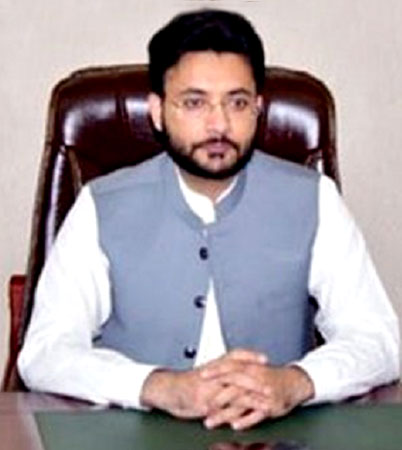 State Minister for Information and Broadcasting Farrukh Habib Friday said the Sindh government had left the poor people, especially Karachi, at the mercy of mafias and profiteers whereas other provinces were giving subsidies on food commodities like wheat and sugar to provide relief to the people.

He was addressing a press conference along with Sindh Governor Imran Ismail and Opposition Leader in the Sindh Assembly Haleem Adil Shaikh at the Sindh Governor’s House here.

Habib said PPP had been in power in Sindh for the last 13 years, but they were not ready to take responsibility. Sharing the data of the Pakistan Bureau of Statistics, he said a 20 kilogram bag of wheat flour was being sold in Karachi and Sindh at Rs1,470, while the flour bag weighing the same commodity was selling in Lahore at Rs1100.

The Punjab government ensured timely releases of the wheat to the flour mills at the subsidize rates that pushed the price down, he said.

He said the federal government had reminded the Sindh government many times that around 12 lakh tones of wheat stock should be released from the stores, but the decision in this regard was announced in Sindh on October 15 while Punjab had started its releases around a one-and-a-half month ago.

The advice of the federal government was not accepted in Sindh, which, he termed a reason behind the difference in wheat flour prices in Sindh and Punjab, he added.

The same is the case with the sugar, said Farrukh Habib, which was being provided in the Punjab at Rs90 per kilogram because of massive spillover.

As per data available with him, he said, the sugar is being sold in Karachi at around Rs125 per kg and raised the question that where is the Sindh government’s intervention. Even the operational sugar mills have been shut down in Sindh, he added. The state minister said one can find negligence of Sindh government everywhere and the life of poor people in Sindh is made miserable.

He said the Sindh government did not want to provide relief to the poor people as it had also refused to join the largest welfare package of the history of Pakistan that was the Rs120 billion Ehsaas Ration Support Program that will directly support around 20 million families.

He said Imran Khan was the prime minister of whole Pakistan and the federal government will provide its 35 percent share of the Ehsaas Ration Support Program to the people of Sindh. He said the federal government had provided Rs 1900 billion from the National Finance Commission (NFC) Award to the Sindh government in the last three years. Speaking on the occasion, Sindh Governor Imran Ismail said work was underway on Greenline project and the date of its inauguration will be announced in the next 15 to 20 days.