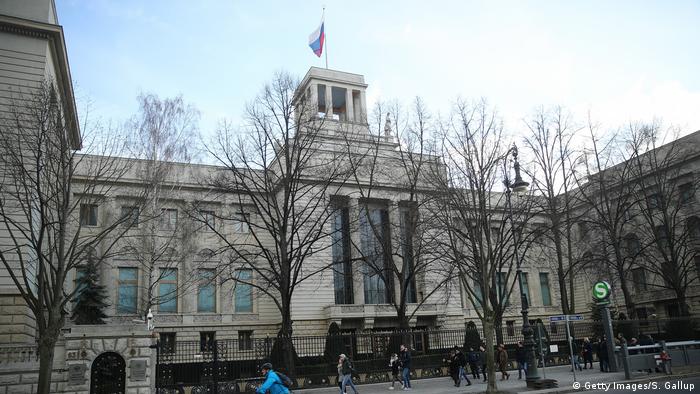 A Russian diplomat was found dead in October outside the country’s embassy in Berlin, it emerged Friday.

The man, whose lifeless body was recovered on October 19 on the pavement by police, had apparently fallen to his death from the embassy complex, according to the Spiegel weekly which first reported the case. A German foreign ministry spokesman said the case was “known to the ministry” but would not provide further details.

Confirming the death, the Russian embassy called it a “tragic accident”. “All the procedures related to repatriating the diplomat’s body back to the homeland were promptly settled with responsible German law-enforcement and medical authorities in accordance with current practices,” said the embassy in a statement.

Russia’s mission however said it “considers speculations which have appeared in a number of Western media” over the diplomat’s death “to be absolutely incorrect”. The diplomat was identified as a 35-year-old second secretary at the embassy by Spiegel.

But the magazine said German authorities believe he was also an agent of the Russian secret service FSB. He is also reportedly related to a high-ranking official of the FSB’s second directorate a unit that Western secret services say was involved in the killing of a Georgian national in central Berlin in 2019.

Zelimkhan Khangoshvili, the 40-year-old Georgian, was shot twice in the head at close range in Kleiner Tiergarten park on August 23, 2019, allegedly by a Russian man who was arrested shortly afterward. The Russian suspect, 55-year-old Vadim Krasikov, alias Vadim Sokolov, is on trial over the murder, which German prosecutors say was ordered by Moscow.