No allotment made to govt employees in relaxation of rules in 2 years: Senate told 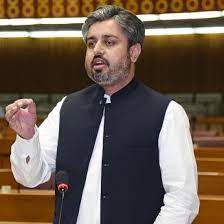 ISLAMABAD: On Friday, Minister of State for Housing and Works Muhammad Shabbir Ali informed the Senate that no allotment of government accommodations has been made to government employees in relaxation of rules during the last two years.

Responding to various questions during Question Hour, he said at present all the allotments of government accommodations were being made strictly on merit on the maturity of turn from respective General Waiting List of the Federal Government Servants under Rule 6 & 7 of Accommodation Allocation Rules, 2002.

To another question, the minister said two membership drives were started in 2009 and 2017 under Federal Government Employees Housing Foundation. As many as 8363 plots have been allotted so far to the allottees, he said.

He said now the people were practically getting plots and the foundation has received offers of 27,000 Kanal of lands.

The minister said 21,876 members were registered in various categories through the Federal Government Employees Housing Foundation’s second drive in June 2017.