Parenting takeaways from Queen Elizabeth II’s journey as a mother

* As a mother of four, it is only right to believe that the parental journey may not have been that easy for the Queen 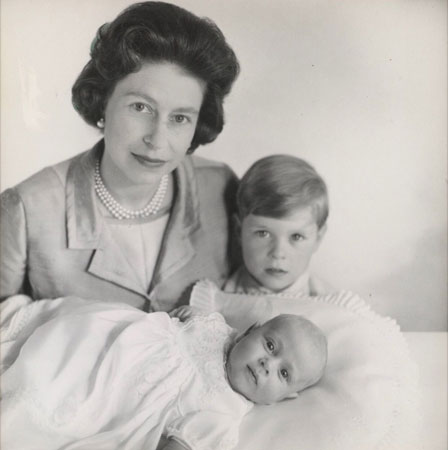 Besides being a great monarch, the Queen of England, Elizabeth II is also a wonderful mother.

Not only did she survive the tides of time, but she also managed to raise four efficient, self-independent kids. She and her husband, the late Prince Charles welcomed their first child in 1948. Two years later, their daughter, Princess Anne was born in 1950. After her father passed, the Queen gave birth to their third, Prince Andrew and finally, it was Prince Edward who was welcomed into the world.

As a mother of four, it is only right to believe that the parental journey may not have been that easy for the Queen. However, she has gotten this far and given that all her kids have faired considerably well, one might want to learn some parenting tricks from the Queen herself.

SHE HAS EFFICIENTLY JUGGLED HER WORK WITH PARENTING — as a mother, Queen Elizabeth II had and still has a lot of responsibilities. But given that she is also a monarch, it may have been a difficult journey. She has wonderfully taken up her role as a Queen and has done an equally exceptional job at raising four exceptional kids. Sure, she had a lot of help from the nannies and then there were the house help, who made it easy for her to manage, but without her calm and composed character, it would not have been possible.

THE QUEEN HAS PASSED ON HER LOVE FOR NATURE & PASSION FOR OUTDOOR ACTIVITIES TO HER KIDS & GRANDKIDS — Queen Elizabeth II is known for her love for nature and animals. From her youth, she took great interest in horse riding and often enjoyed outdoor activities. Whether it be the grounds and gardens of her home at Buckingham Palace or Windsor Castle or Balmoral or the Sandringham, the Queen has loved the idea of enjoying the life outside the palace walls. What’s even greater is the fact that she has passed on her passion and love for nature to her kids too.

While Prince Charles is popular for his love for gardening, Princess Anne and her daughter Zara Tindall have followed her mother’s footsteps and are wonderful riders themselves.

ROYAL LIFE IS CHALLENGING, QUEEN ELIZABETH II HAS TAUGHT HER KIDS WELL — while royal life may seem very appealing, luxurious and grand, there’s no way it is free of challenges. What meets the eye may often be deceiving. As far as the British Royal Family is concerned, there have been many rifts and conflicts in the royal household. However, in no way has the Queen lost her calm.

She has still managed to hold it all together and has raised wonderful kids, grandkids and great grandchildren, who are doing quite well for themselves.