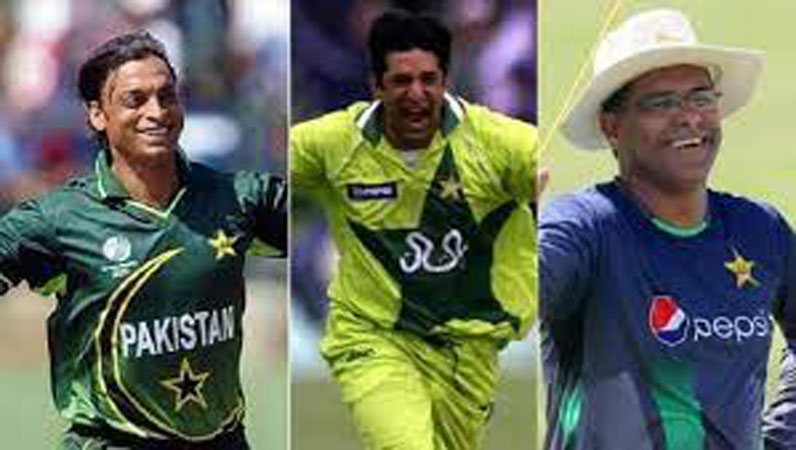 LAHORE: Pakistan cricket greats Shoaib Akhtar, WasimAkram and WaqarYounis have dismissed allegations of match-fixing and intentional underperformance levelled against Afghanistan on social media following their lopsided loss to India in a T20 World Cup match on Wednesday, and urged fans to not contribute to social trends that fan such conspiracy theories. India’s heavy defeats at the hands of Pakistan and New Zealand meant they needed to win the rest of their Group 2 matches by big margins in order to keep their campaign alive. They successfully completed the first part of the equation by thrashing the Afghans by 66 runs.

The one-sided nature of the defeat coupled with a poor effort in the field raised more than a few eyebrows on social platforms, particularly Twitter, where hashtags such as #WellPaidIndia and #FixedMatch trended, to which Pakistan fans keen to see the back of India contributed heavily. Some cricket writers also contributed to the trend, while Information Minister Fawad Chaudhry’s retweets also showed he was in support of the accusation. A glimpse of Twitter trends in Pakistan (left) and India (right) a few hours after the match between India and Afghanistan was over.

Pakistan’s legendary pacers, however, reacted strongly against such allegations, as they came to the defence of the Afghan team and told fans that the Indian team was always capable of delivering such drubbings. Shoaib Akhtar requested his followers to refrain from accusing Afghanistan of fixing, saying “it is not right. Please do not run this trend.” The Rawalpindi Express said there were Shariah courts in the Taliban-run Afghanistan and so their national cricketers, in theory, could be summoned over such allegations.

He stressed that Afghanistan were up against “one of the best teams of the format [India]” and they just failed on merit. “India could be potential contenders of the semi-finals by winning the next two matches convincingly.” Akhtar told Afghan fans to not lose heart over their team’s loss and and instead back them up.

He appeared to root for India to stay alive and reach the final so that Team Pakistan could “hammer you [once again]”.

WasimAkram echoed Akhtar’s sentiment, reminding the fans that India were a “very good team” and their strong comeback should not surprise anyone. “I don’t know why we like to create such conspiracy theories? India are a very good side and they just had a bad start to the tournament. Rohit Sharma is one of the best players in the world cricket. Afghan bowlers probably got frozen, we must understand that,” Akram said in his post-match analysis shown on A Sports . He rued the many conspiracy theories in circulation about “little, little” details – a practice he urged should be discontinued. WaqarYounis also agreed with Akram’s assessment, saying such conspiracy theories were “pointless”.