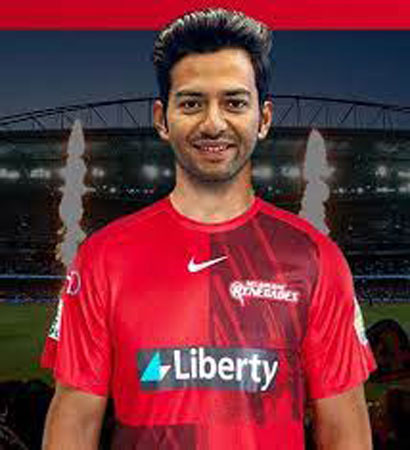 SYDNEY: Unmukt Chand is to be the first Indian male cricketer to play in Australia’s Big Bash League (BBL) after the batter signed for the 2021-2022 season which begins next month. The 28-year-old former Indian Premier League player will join the Melbourne Renegades for the Twenty20 competition, the club announced Thursday. “It’s great to have Unmukt on board and we’re looking forward to seeing what he can do as a Renegade,” said club manager James Rosengarten. “He makes history as the first Indian player in the BBL, which is exciting for our club, our fans and the competition.”Chand has represented three IPL franchises during his career — Delhi Daredevils, Mumbai Indians and Rajasthan Royals — and also captained India A and India U19. Coach David Saker said Chand would bring a wealth of cricket experience to the Renegades. “As a batter, Unmukt is dynamic and can change games quickly,” Saker said. While Indian women’s players are allowed to play in overseas domestic leagues, the country’s male international and domestic players are barred from doing so.