AGUASCALIENTES: British cyclist Alex Dowsett on Wednesday failed in his attempt to capture one of cycling’s most prized endurance feats ––– the hour world record ––– in Mexico. The 33-year-old had set out to beat the 55.089 kilometers which Belgian Victor Campenaerts covered at the same Aguascalientes velodrome in April, 2019. In the event, Dowsett clocked 54.555 kilometers in 218 laps in the central Mexican city, which sits 1,888 meters above sea level. “I’m proud of myself for the distance I managed to cover today,” he said afterward. Dowsett was seeking to regain a record he held briefly in 2015 and at the same time raise awareness of the blood condition haemophilia with which he was born. “The overriding message for young haemophiliacs, anyone with haemophilia, anyone with a rare condition, anyone who’s facing any kind of adversity, is just give it a shot,” Dowsett said. “The biggest failure today would have been to have never tried,” he added. Under the banner “an hour of blood, sweat and tears” the Israel Start Up Nation rider is raising funds for the genetic disorder. British cyclists have a close affiliation with the hour record landmark. Chris Boardman, the British Olympic champion captured it three times in 1993, 1996 and 2000. 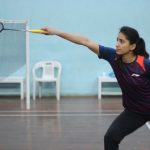