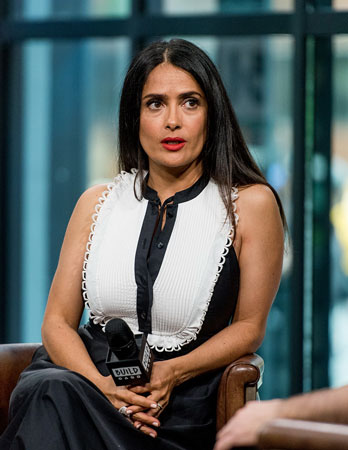 Hollywood actress Salma Hayek has recalled how disgraced movie mogul Harvey Weinstein insulted her appearance during the making of the 2002 film ‘Frida’. The 55-year-old actress – who previously wrote a blistering article recalling her sexual harassment experiences with the disgraced movie mogul – has recalled how she was bullied by him during the making of the 2002 biopic about the artist Frida Kahlo. Asked if she normalised Weinstein’s bullying, Salma explained: “To a degree. And I did feel all right. “OK, I would shake and it did depress me, but there was a cartoon aspect about the whole thing.” The Desperado actress continued: “When he would call me up and scream, ‘Why do you have a moustache? I didn’t hire you to look ugly!’ Salma Hayek previously claimed that Weinstein – who was jailed for 23 years in 2020 for various sex crimes against women – never assaulted her because of her friendships with Quentin Tarantino and George Clooney.