Britney Spears accuses mother of coming up with conservatorship ‘idea’ 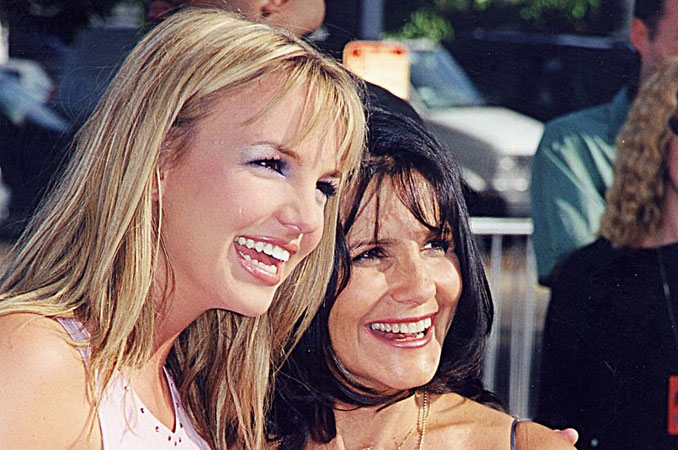 Britney Spears is alleging that her mom, Lynne Spears, not her dad, former co-conservator Jamie Spears, was actually the person who came up with the idea for her conservatorship.

On Tuesday, Nov. 2, the singer wrote in an Instagram post that she quickly deleted, “Psssss my dad may have started the conservatorship 13 years ago … but what people don’t know is that my mom is the one who gave him the idea !!!! I will never get those years back … she secretly ruined my life.”

She added, “So take your whole ‘I have NO IDEA what’s going on’ attitude and go f*** yourself !!!! You know exactly what you did … my dad is not smart enough to think of a conservatorship … but tonight I will smile knowing I have a new life ahead of me !!!!”

Britney made her comments a day after her father and former co-conservator, Jamie Spears, filed new legal papers to express his support of his daughter’s desire to immediately terminate her 13-year conservatorship, a matter that is expected to be decided in court later this month.

Also Monday, Lynne submitted to a court a petition requesting that Britney’s estate pay her attorneys’ fees and other costs, totalling more than $660,000, accrued during the conservatorship battle. The papers, obtained by E! News, state that Lynne had discussed joining the conservatorship as an interested party extensively with Britney, who “enthusiastically agreed and indeed asked her mother to join in the case in any capacity that would help to end her nightmare and the crisis she was enduring.”

In September, a judge suspended Jamie as Britney’s co-conservator per her request, three months after she spoke out against him and her family in a court hearing, during which she said she believed her conservatorship was “abusive.”

Lynne had accompanied her ex to court when he first filed for and obtained the legal arrangement in February 2008, following Britney’s 5150 involuntary psychiatric hold.

That month, Britney left a hospital early after undergoing mental health treatment for a week. In a joint statement, Jamie and Lynne said they were “extremely disappointed” to learn of her release, adding, “We are deeply concerned about our daughter’s safety and vulnerability and we believe her life is presently at risk. There are conservatorship orders in place created to protect our daughter that are being blatantly disregarded.”

In May 2019, after Britney underwent mental health treatment-and two months after Britney’s co-conservator Andrew Wallet resigned, leaving Jamie as the singer’s sole conservator for more than a year, Lynne filed a request asking to be informed of all matters pertaining to her daughter.

She and her younger daughter, Jamie Lynn Spears, also flew to Los Angeles, where Britney lives, “to try and figure out what’s really going on,” a source told E! News at the time.

In July, a month after the singer’s bombshell court testimony, her mother filed a declaration in support of her daughter and the star’s request to remove Jamie as conservator of her estate. Lynne wrote, “I became involved in this conservatorship during what I will term a ‘time of crisis’ that began at the end of 2018 and continued into 2019.”

She added in her filing that she got involved because she didn’t think the conservatorship was in Britney’s best interests and that the singer’s feelings toward her father have “dwindled to nothing but fear and hatred” of him because of his “complete control” over her.

In his new filing affirming his support to terminate the conservatorship, obtained by E! News, Jamie’s attorney wrote that “Jamie unconditionally loves and supports his daughter. Full stop. As he has done for her entire life, Jamie will do everything he can to protect and care for her.”

“Jamie has always and will always have Britney’s best interests at heart,” the papers state. “The fact is that thirteen years ago, a conservatorship was necessary to protect Britney in every sense of the word.

Her life was in shambles and she was in physical, emotional, mental and financial distress.

Through the Conservatorship, Britney has been able to return to a path towards stability in all of these phases of her life.

The mission has been successful and it is now time for Britney to re-take control of her life. Not tomorrow or next week, now.”